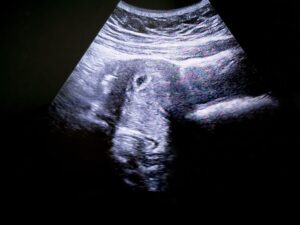 A controversial bill which lead to a commercial surrogacy ban in India cleared the Lok Sabha on Monday.

MPs passed the legislation, which Union Health Minister Dr Harsh Vardhan called “the need of the hour”,  by a voice vote. Vardhan stated it was “unfortunate that the country had emerged as a hub of commercial surrogacy in recent years”, claiming “there are 2,000-3000 surrogacy clinics running illegally in India…a few thousand foreign couples resort to surrogacy practice within India, and the whole issue is thoroughly unregulated. There have been reports concerning unethical practices, abandonment of children born out of surrogacy and exploitation of surrogate mothers.”

The legislation would massively restrict surrogacy, banning commercialisation and permitting only so-called ‘altruistic surrogacy’. In addition, the law significantly narrows the field of who can act as a surrogate and to whom surrogacy can be offered. An attempt to ban commercial surrogacy failed last year when a similar bill approved by the Lok Sabha failed to clear the Rajya Sabha.

The law would limit surrogacy to couples where the woman is aged 23-50 and the man 26-55. They would have to have been married for five years and childless, as well as possessing a doctor’s certificate affirming their inability to conceive;  same-sex couples, cohabiting couples, and single persons would be barred from surrogacy. Meanwhile, the surrogate would have to be a once-married “close relative” aged 25-35 with a child of her own.

The proposed commercial surrogacy ban has elicited controversy. Fertility experts called for the regulation of commercial surrogacy as opposed to a blanket ban. Concerns were also expressed that the law could result in fertility clinics losing significant amounts of revenue; in some IVF facilities, surrogacy accounts for as much as seventy percent of procedures performed. The inability to perform them could very well lead to clinics being forced to closed. As well as doctors, political opponents of the BJP – including the Indian National Congress and the Communist Party of India (Marxist), as well as regional parties – voiced opposition to the bill (although some opposition party MPs did break ranks in support of the bill).

Some have criticised the bill as an attack on women’s bodily autonomy. Madhavi Menon, director of the Centre for Studies in Gender and Sexuality at Ashoka University, critiqued the bill on the grounds that “women will be cut off from what could be a guaranteed source of income. Motherhood will be mystified as sacred, and women will be punished for being independent.” There is also an argument to be had that, at a time of rising infertility rates in India, couples who wish to have a child will find it more difficult to do so – potentially negatively affecting their family life and mental wellbeing.

Conversely, some researchers have voiced support. “We welcome the passage of the Surrogacy (Regulation) Bill in the Lok Sabha today,” said Manasi Mishra, who heads the research division at the Centre for Social Research. It is based on the findings and policy recommendations of two research studies and one national-level, multi-stakeholder consultation conducted by CSR against commercial surrogacy and for formulation of a National Regulatory Board.”