You are here: Home / Diet & Nutrition / Toxic vegetables being sold in Delhi: Study

Beware! Chances are high that the vegetables you are eating in the national capital contain high levels of lead.

According to a study conducted by the National Environmental Engineering Research Institute (NEERI), vegetables grown on the Yamuna floodplains contain high doses of lead, leading to high risk to the public. Prolonged consumption of such toxic vegetables could trigger a range of diseases, including cancer and organ damage.

Vegetables grown along the Yamuna floodplain have been contaminated due to industrialised waste carried in the riverbank. These vegetables are then supplied to wholesale markets of Azadpur, Ghazipur and Okhla and distributed further across the city, with highest penetration found to be in east Delhi. 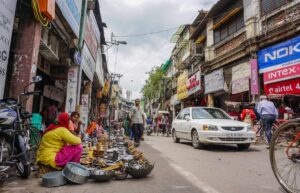 Even as the highest levels of lead contamination was found in cabbage and coriander, lead levels were found to be above standard in all vegetables. The Food Safety and Standards Authority of India (FSSAI) has set 2.5mg/kg as the safe limit, though metal levels in the vegetables were found to be between 2.8mg/kg to 13.8mg/kg. The seven vegetables under scanner include brinjal, cabbage, cauliflower, coriander, fenugreek, radish, and spinach.

“The source of lead could be industries dealing in automobile parts, batteries, paint and polythene. Various kinds of usage of lead-based compounds may also be potential sources,” SK Goyal, senior principal scientist and head of NEERI, told The Hindustan Times.

According to the Central Water Commission, Yamuna Basin Organisation, 85 percent of the pollution in the Yamuna comes from domestic sources. The major sources contributing to the pollution of Yamuna are untreated sewage; industrial effluents; the dumping of garbage and dead bodies; the immersion of idols; and pollution due to in-stream uses of water.

The study ‘Metal Content in Vegetables, NEERI Study 2019’ analysed data from three locations – Usmanpur Khadar, Geeta Colony and Mayur Vihar. Despite this danger to the public health an expert panel appointed to monitor Yamuna pollution has given the green signal to cultivate along the Yamuna floodplain. “Though the levels of metals present in the vegetables were found to [be] within FSSAI limit (except lead) monitoring and testing of heavy metals in vegetables as well soil and irrigation water along with water of river Yamuna should be carried out by authorities on a regular basis,” the report said.

The National Green Tribunal had banned growing of vegetables on the floodplain in 2005 “till Yamuna is restored to its natural wholesomeness.” Now after the expert panel’s conclusions, the government has to take a decision on whether the Yamuna bank is capable of producing health vegetables.