You are here: Home / Featured / Menstrual cups: A viable alternative? 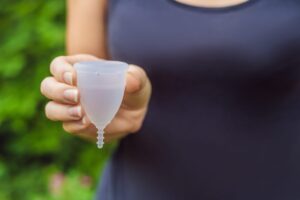 Menstrual cups have the potential to be a safe, effective, and significantly more environmentally friendly way for girls and women to manage their menstrual health, a study released today has found.

Analysing data from 43 studies involving 3,319 participants, covering a mixture of low- and middle-income countries (LMICs) and high-income countries, the study found that “menstrual cups are a safe option for menstruation management and are being used internationally.” However, it did note low awareness and the need for further study pertaining to “cost-effectiveness and environmental effect comparing different menstrual products” – highlighting the fact that a small proportion of the studies analysed were of moderate or high quality.

As Dr Ragini Agarwal told NDTV last year, in a report encouraging Indian girls and women to switch over to menstrual cups, “they can be reused and sterilised, and they come at a much reasonable cost than sanitary napkins. Given the increasing levels of damage to the environment, replacing sanitary pads with menstrual cups is the need of the hour.” Professor Penelope Phillips-Howard of the Liverpool School of Tropical Medicine, who was the senior author of the study, told Health Issues India, that “our current studies address a product that women and girls can choose to use for their menstruation, as a single cup can last many years it is cost-effective and reduces pollution from discarded wrappers and soiled materials.”

“It is clear that menstrual cups offer potential as an avenue towards menstrual management. In India, this is of particular relevance, where stigma obstructs the efforts of Indian girls and women to take care of their menstrual health and just 58 percent of girls and women aged fifteen to 24 use a modern form of menstrual protection.”

In terms of the merits of the devices to the user, the results were promising. Four of the studies analysed looked at leakage: of them, three found that leakage was similar compared to other devices and one found that leakage rates were lower. Across thirteen studies, seventy percent of participants indicated they would continue to use menstrual cups; this included two separate studies of Indian women, respectively covering 100 and 158 Indian women, of whom 57 percent and 85 percent wished to continue using the cups.

While further study is required, as the research notes, it is clear that menstrual cups offer potential as an avenue towards menstrual management. In India, this is of particular relevance, where stigma obstructs the efforts of Indian girls and women to take care of their menstrual health and just 58 percent of girls and women aged fifteen to 24 use a modern form of menstrual protection. As stated by Professor Phillips-Howard, “menstrual health requires access to water, sanitation, hygiene, availability of affordable and safe products, education both for girls and women on their bodies and menstruation and also for the wider community to understand menstruation is normal and healthy and should not be suffered as an illness in silence; and good disposal facilities.”

Prejudicial attitudes towards menstruation were highlighted in the short documentary Period. End of Sentence, which won an Academy Award earlier this year. That film (available on Netflix) highlighted the struggles many girls and women face during their periods, as well as the lack of awareness about what menstruation is and the mockery and discrimination they may endure. Such is the stigma that cases have been reported of women removing their wombs so they no longer have to undergo their periods.

“Every year, India generates as many as 12.3 billion disposable sanitary napkins – a considerable waste problem given that many of the products are not biodegradable or compostable. Indeed, 9,000 tonnes of sanitary waste are produced in the country every year…On many of the above-mentioned points, menstrual cups have the potential to offer a more environmentally sustainable alternative given that they can be sterilised and reused.”

Affordability is a major challenge, with many families unable to afford feminine hygiene products: seventy percent of women reported as such in a 2016 study. In the years since, the government has taken steps towards making menstrual hygiene products more accessible, such as by lifting the tax duty imposed on feminine hygiene products – often referred to as the ‘period tax’ – and even by announcing plans to sell its own brand of sanitary pads at one-third of the market price. However, even if girls and women can now afford menstrual hygiene products which they were unable to before, stigma still looms large in their lives, forcing them to undergo their periods alone, shamed into silence.

There is also the environmental challenges of menstrual health. Every year, India generates as many as 12.3 billion disposable sanitary napkins – – a considerable waste problem given that many of the products are not biodegradable or compostable. Indeed, 9,000 tonnes of sanitary waste are produced in the country every year. The lack of a robust framework to properly dispose of such waste leads to much of it being dumped in landfill or burnt. On many of the above-mentioned points, menstrual cups have the potential to offer a more environmentally sustainable alternative given that they can be sterilised and reused. They may also decrease the financial burden on women, who will not have to pay as much as they would to use disposable products.

Menstrual cups do have the potential to ease the financial burden on women and girls, as well as to create a more sustainable way of menstrual health management. However, further study is needed as the study’s authors note. The stigma surrounding menstruation may obstruct this in India, making it difficult to fully investigate cups as a potential alternative to the more widely used products and to assess their sustainability and affordability. It cannot be overlooked that menstrual stigma is a pervasive element of Indian society which impinges upon the wellbeing and dignity of the nation’s girls and women. Expanded access to products is needed. Erasing stigma through awareness-raising and education will be a vital part of this.

The study published in The Lancet, “Menstrual cup use, leakage, acceptability, safety, and availability: a systematic review and meta-analysis”, can be accessed here.