You are here: Home / Featured / Commercial surrogacy crackdown planned by the Government 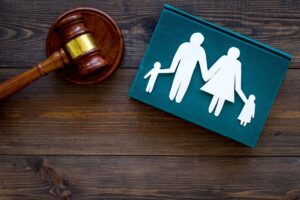 The Centre has introduced a bill in the Lok Sabha to ban commercial surrogacy – part of an ongoing effort to crack down on the practise, with the goal of stopping women being exploited.

The bill, if passed, would severely restrict opportunities for surrogacy. Couples, of women aged between 23 and fifty and men aged between 26 and 55, would be eligible to apply for surrogacy on the proviso that they be legally married for five years and do not already have children of their own. They would also require a doctor’s certificate that they are unable to conceive.

The surrogate, meanwhile, would have to be “an ever-married woman having a child of her own and between the age of 25-35 years” and a “close relative.” The establishment of surrogacy boards at the national and state levels are also provided for in the bill. The intent is to overcome the “lack of legislation to regulate surrogacy”, which the bill states means that “the practice of surrogacy has been misused by surrogacy clinics, which leads to rampant commercial surrogacy and unethical practices.”

The law excludes a number of individuals from eligibility for surrogacy. Cohabiting couples, same-sex couples, and single individuals would not be able to apply for surrogacy. Individuals from abroad would also be excluded, as would be individuals of Indian descent or origin who do not live within India. The objective of this is to clamp down on so-called ‘fertility tourism’ wherein people from abroad travels to countries like India in search of a surrogate – or a ‘womb for rent’. The value of the commercial surrogacy industry in India was estimated to be in excess of US$2 billion by the Confederation of Indian Industry in 2012.

It is certainly a noble goal to wish to prevent Indian girls and women from being exploited, but this does not mean that the law has been free from criticism. It was, in fact, put to the Lok Sabha last year and passed – only to stall in the Rajya Sabha. Criticisms at the time included the exclusion of certain groups such as same-sex couples and the vagarities of the bill, such as what constitutes a ‘close relative’.

The bill has been rebuked again by doctors, who argue that a blanket ban should be replaced by regulation of the industry. “Commercial surrogacy should be renamed ‘compensated surrogacy’,” said Dr Nanyana Patel, the medical director of Akanksha Hospital and Research Institute in Anand, Gujarat, where she founded a leading infertility and in-vitro fertilisation (IVF) clinic in 1991. “It should be regulated and be made available to genuinely indicated couples, for whom it’s the only method to have a biological child of their own, rather than putting a blanket ban for everyone.” She noted that the law would place the onus on women to inform family members that they are exploring surrogacy, an issue they may not wish to open up about.

Indeed, the focus of the conversation ought not to be on profit but on the welfare of women. It is worth noting, however, that a regulated commercial surrogacy industry might go some way towards avoiding the exploitation of vulnerable women and girls without eliminating what many couples may see as their only option to have a child. Infertility rates in India are rising, with one in ten Indians affected. Eliminating commercial surrogacy as an option for these individuals could negatively affect their mental health and family life. It is undoubtedly crucial to stop female exploitation – but a blanket ban may not be the answer.