You are here: Home / Featured Stories / Raising the retirement age of doctors 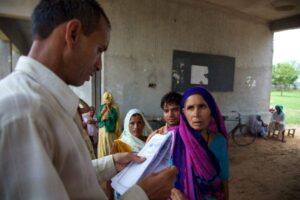 Punjab has announced it may raise the age at which government doctors may retire in a bid to address the state’s shortage of doctors.

The doctor-patient ratio in Punjab was actually ranked as one of the best in India in September last year. The Times of India reported that Punjab had one medico for every 789 people, against the World Health Organization (WHO) prescription of one doctor for every thousand. It was one of just six Indian states to best this norm. However, the report acknowledged that “some [of these states] can’t find enough doctors for [the] rural public health system].” Indeed, in September 2017, it was reported that Punjab’s ratio of government doctors was one for every 8,859 people.

To correct this, the Punjab state government plans to raise the retirement age to 65 from 58, as well as extra steps such as pay rises. “After the Congress came to power in the state, CM Amarinder Singh announced a substantial increase in the payscale of doctors, following which doctors have again started joining government services,” said the State Health and Family Welfare Minister Balbir Singh Sidhu. He opined that the added step of raising the retirement age would help avert staffing shortages in government-run hospitals for the next seven years.

Punjab is far from the only state to propose raising the retirement age of government doctors. Goa – also one of the states whose doctor-patient ratio was ranked among the best in India – increased the retirement age for doctors from sixty to 62 in April this year.

The shortage of doctors is an issue which has long-plagued India’s public health system. At the national level, the doctor-patient ratio is one for every 11,082 people. To meet the WHO’s recommended ratio, India would need to recruit an additional five lakh allopathic physicians. Shortages are especially pronounced in specialist disciplines of medicine and even in doctors with medical qualifications. As previously reported by Health Issues India, unqualified doctors plug the doctor gap in astonishing numbers. 25 percent of India’s healthcare workforce is unqualified, whilst eighty percent of qualified doctors and seventy percent of nurses and midwives are employed in the private sector. The situation is so dire that the Centre has variously entertained recruiting dentists, AYUSH practitioners and even quack doctors themselves to up the staffing levels of India’s healthcare sector.

Raising the retirement age is one way of adding extra pairs of hands to the medical workforce staffing India’s beleaguered public health system, but it is clear that more doctors must be recruited – especially to fill gaps in specialist positions. Even the absence of one anaesthetist can plunge an entire hospital into chaos. With shortfalls in disciplines from cardiology to surgery, it is imperative that plugging the staffing gap is given high priority in the new Union Health Ministry.