You are here: Home / Featured Stories / Money for tribals diverted to their destructors? 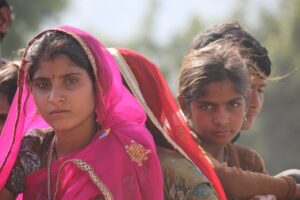 Is the money meant for tribals being diverted to a cause that would only help in their displacement?

According to a report published by The Wire on the basis of several right to information  (RTI) queries filed by the portal, funds in the tribal sub-plan are being diverted for ‘other works.’ The Planning Commission had allocated the money in the sub-tribal plan for overall development of the Scheduled Tribes. 8.2 percent of the coal ministry’s budget and four percent of the Ministry of Mines’ budget had to be set for the fund.

According to data and documents obtained, the coal ministry allocated the fund to government coal companies – CCL, SCCL and MCL between the years 2011-2017, instead of spending money for the development of tribal communities. The companies used the money for regional exploration, stowing, detailed drilling and security of mines. These activities are all directly related to finding more mining opportunities and locate more mineral reserves.

The coal ministry released Rs 205 crore for Central Mine Planning and Design Institute Ltd (CMPDIL) on works related to exploration of coal reserves. A total of Rs 41.59 crore was spent on promotional regional exploration to locate coal reserves.

The Geological Survey of India, regulated by the Ministry of Mines, received Rs 6,621 lakh under the tribal sub-plan between 2010-11 and 2017-18 to conduct surveys to locate mineral reserves in several states.

A reply to another RTI query, dated August 8, 2018, also shows that under the Handloom Weavers Comprehensive Welfare Scheme, the tribal sub-plan funds were issued to the Life Insurance Corporation (LIC) and ICICI Lombard, Mumbai, so that ST weavers can avail health insurance benefits.

This clearly indicates a pragmatic shift in government’s priorities, from protecting the tribals (who don’t form a big voter bank for the parties) to corporations who may help in political funding and influence as claimed by several reports. The report is of great concern to the wellbeing of tribal populations, who regularly are underserved in matters of government and often face eviction. Diverting of funds to promote their welfare to those industries which pose a threat of impediment to their development is a clear example of this.