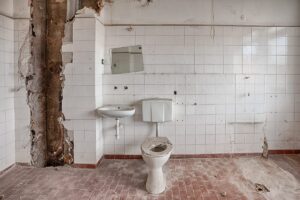 Worldwide, two billion people lack access to basic sanitation services at health facilities – leaving them vulnerable to the health risks that can arise because of unhygienic conditions.

This is according to a new report by the United Nations Children’s Fund (UNICEF) and the World Health Organisation (WHO). The report’s findings reveal how a quarter of health facilities globally – including almost half of facilities in low-income countries – lack safe, clean water unpolluted by faecal waste and other contaminants. This reflects a globally-spanning shortfall of water, sanitation and hygiene (WASH) provisions, with dire implications for public health.

“Births in unclean conditions account for a million deaths every year”

For patients using these facilities, the chances of developing infections are heightened. This poses a risk to millions of lives, with newborns and new and expecting mothers among the most exposed groups.

The report estimates that seventeen million women in low-income countries – ones which account for a fifth of births – giving birth in health facilities with inadequate WASH standards. As such, the report reveals, births in unclean conditions account for a million deaths every year. In addition, healthcare-associated infections (HCAI) account for eleven percent of maternal mortality and 26 percent of neonatal deaths.

One fifth of healthcare facilities lack sanitation services, the report also notes, affecting 1.5 billion people. One in ten hospitals, and up to one in five health centres, lack access to toilets or latrines. In many healthcare centres, facilities for safely segregating and disposing of healthcare waste and promoting handwashing are absent. This entails a higher probability for the spread of infections and antimicrobial resistance.

“”The one thing that you need to do is wash your hands, whatever bug it is, whatever resistance it has””

“People are relying on health care facilities without any kind of improved toilet,” said Tom Slaymaker, a Senior Statistics and Monitoring Specialist for Water Supply, Sanitation and Hygiene at UNICEF. “Sick people shed a lot more pathogens in their faeces and without toilets, staff, patients – this includes mothers and babies –  are at a much greater risk of disease caused and spread by human waste.”

Meanwhile, Dr Bruce Gordon, the WHO’s coordinator of its work on water and sanitation, highlighted the importance of handwashing and the risks of a lack of handwashing facilities. “The one thing that you need to do is wash your hands, whatever bug it is, whatever resistance it has,” he asserts. “It’s not a matter or diarrhoeal disease, it’s a matter of any opportunistic infection that can just happily live on skin, or get in cuts, and get inside your body and give people sepsis.”

The spread of resistant infections is a major concern the report highlights – an issue other organisations are also drawing attention towards. Many in particular are expressing concerns about the spread of superbugs in these environments. WaterAid links their spread in many health facilities to poor standards of hygiene.

“A piece published in The Indian Express described toilets in government-run hospitals as “a hotbed of infections.” In the years since, reports have emerged of widespread shortages of adequate WASH facilities”

Sanitation has been a cornerstone of the Modi government’s agenda on health and development since it came to power in 2014. Since the scheme’s launch in October that year, the Centre claims to have built 9.24 crore (92.41 million) toilets as part of its Swachh Bharat (Clean India) Mission, with the number of households with individual toilets increasing by 60.29 percent. The focus of Swachh Bharat has centred around households, with a bid to end open defecation. When it comes to hospitals, however, there may be a different story to be told.

In 2014, a piece published in The Indian Express described toilets in government-run hospitals as “a hotbed of infections.” In the years since, reports have emerged of widespread shortages of adequate WASH facilities: absence of toilets or improper maintenance, lack of availability of clean water, and an absence of data. In delivery rooms, the report claims, there is a similar gap in Indian facilities to those in four East African nations, where fewer than thirty percent of delivery rooms had access to water.

“Absence of WASH facilities cannot be dismissed as a minor inconvenience, but rather should be known as an absence of central element of healthcare services and a major public health threat”

Encouragingly, the report does highlight improvements since. “When the Prime Minister of India made a national call to action in 2014 to improve cleanliness in all public settings, including health care facilities,” the report states, “several national actors quickly took up the challenge. The National Quality Assurance Programme for Public Health Facilities, the Swachhta Guidelines for Public Health Facilities, and the cleanliness programme, Kayakalp, began facilitating improvements in partnership with several states.”

Efforts in Madhya Pradesh are particularly spotlighted in the report. By 2017, efforts to improve 196 facilities in the state had succeeded in improving staff training and morale when it comes to WASH standards and expanding access to WASH facilities.

The significance of these efforts cannot be understated. Absences of WASH facilities cannot be dismissed as a minor inconvenience, but rather should be known as an absence of a central element of healthcare services and a major public health threat because of the diseases which can spread while they are missing.

“Water, sanitation and hygiene services in health facilities are the most basic requirements of infection prevention and control, and of quality care,” says United Nations Secretary-General António Guterres. “They are fundamental to respecting the dignity and human rights of every person who seeks health care and of health workers themselves.”

The UNICEF/WHO study, “Water, Sanitation and Hygiene in Healthcare Facilities: Practical Steps to Achieve Universal Access to Quality Care”, can be accessed here.