You are here: Home / Featured / Algorithm to detect eye conditions?

A pioneering e-health project will first be used in India.

The collaborative project between is Google and its sister company Verily is an an algorithm, designed to screen medical imaging for two diabetes-related conditions that impact millions of people worldwide. The conditions are diabetic retinopathy and diabetic macular edema. Because of the diseases targeted, the technology’s launch in India is fitting, given that India is a country with an ever-expanding diabetic population.

India accounts for a significant portion of the world’s 347 million diabetics. According to the World Health Organization (WHO), India had 69.2 million people living with diabetes in 2015. This number has been projected to rise to 98 million people by 2030. This equates to an almost fifty percent rise in just fifteen years and entails that India’s diabetes burden is its fastest-growing disease. Such figures warrant considerable action to be taken in order to prevent a future crisis within the healthcare system. 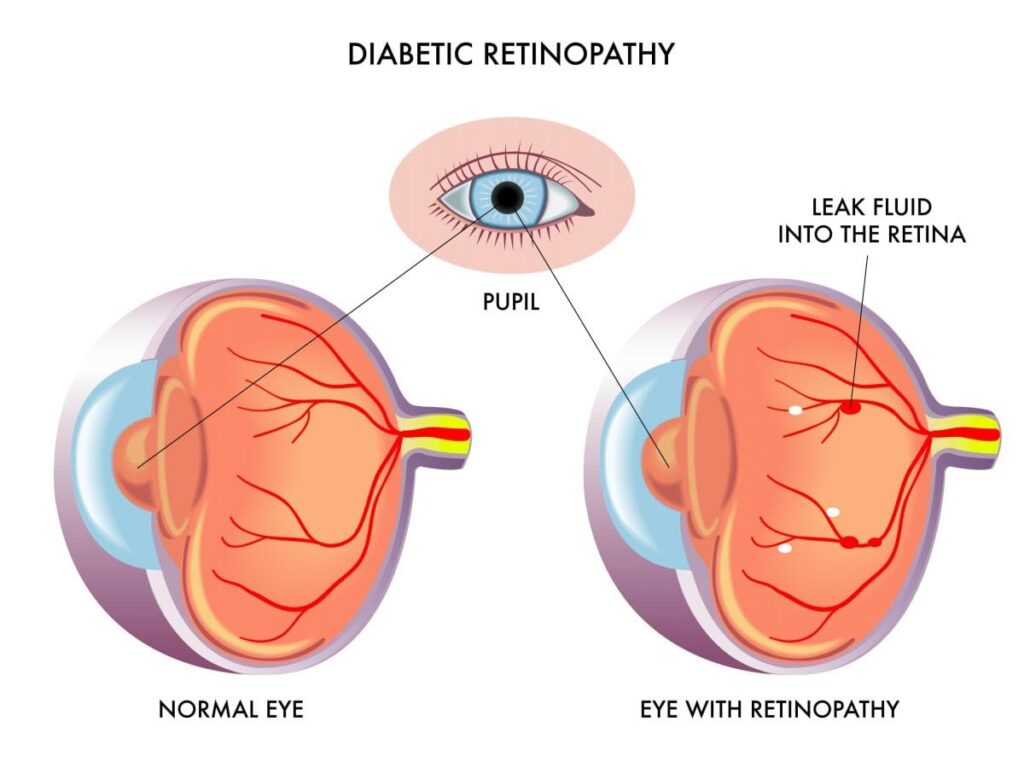 Diabetic retinopathy, as well as a number of other conditions which fall under the umbrella term of diabetic eye disease, all cause some degree of vision loss in those with diabetes. This includes potential blindness. The typical cause of these diseases is chronic high blood sugar.

For this reason, diabetics who manage their blood sugar well can reduce their risks of developing these diseases. However, due to the lifelong nature of diabetes, the risk is still elevated compared to a healthy individual.

High levels of blood sugar can, over time, cause damage to smaller blood vessels. For some, this may occur within the retina. This is an internal component of the eye that detects incoming light, converting it to signals sent through the optic nerve to the brain. The eye is a sensitive and highly precise organ, as such any degree of damage can cause significant alterations to vision.

In those with diabetic retinopathy, the blood vessels in the retina are damaged by chronic high levels of blood sugar. This causes fluid leakage and potential haemorrhage, resulting in cell loss and damage leading to impaired vision.

Diabetic macular edema is similar in concept to retinopathy, and can occur simultaneously. The key difference is the area affected, in this case, the macula. This region of the eye is responsible for sharp, focused detail, and is used for reading or facial recognition. Damage to this area can severely hinder a person’s sight.

Google brings AI to the table

These two forms of diabetic eye disease are the leading causes of preventable blindness in adults. Critically, they are preventable, if found early enough. For many in India, along with the rest of the world, the symptoms progress simply because they are not being diagnosed. This is, for the most part, due to lack of access to healthcare permeating India’s public health system. As such, the burden is far more heavily felt rural and low-income communities.

To this end, Google and Verily developed their AI algorithm, which will be unveiled at Aravind Eye Hospital in Madurai. This algorithm has been designed to screen images of the retinas of those with diabetes to detect any deterioration in eye health. Specifically, the programme was designed to be used in “areas of the world where there aren’t enough eye doctors to screen a growing population with diabetes.”

The prospects of the algorithm look to be positive. It has already been certified as a medical device by the European Union and, within tests, the algorithm is on par with general ophthalmologists and other retinal specialists in terms of accurately detecting eye disease. This alone is a remarkable achievement, showing that the AI could be used in place of a doctor in the diagnostic phase with no detriment to detection rates.

The retinal diagnostic program involves a patient’s eyes being scanned through a fundus camera. These images are then uploaded to the cloud and then automatically scanned for diabetic retinopathy and diabetic macular edema.

The process could allow for doctors to spend more time on treatment and patient management while the AI programme could allow for far more patients to be scanned in a shorter time frame. This would eliminate the need for the specialist doctor to be involved in every routine diagnostic check, as a nurse or other medical staff member could perform the eye scans, again, freeing up more time.

Importantly — especially to rural India — fundus cameras are portable. Combining this factor with the algorithms ability to analyse data directly from the cloud can bring this diagnosis tool to even the most remote of villages. Potentially, healthcare workers could take a portable camera to rural locations, scan the eyes of all those with diabetes, then when an internet connection is established again, upload the data to the cloud for analysis.

The new technology could be a considerable boon to tackling preventable blindness. For it to be unveiled in India could also give it the publicity needed to inspire Indians with diabetes to have themselves tested for these life changing diseases.