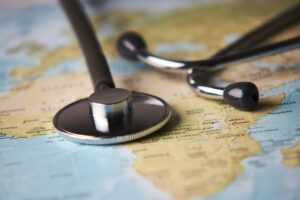 India’s medical tourism industry is on the rise.

An optimistic forecast by the Union Ministry of Tourism projects a 200 percent growth for the sector by 2020. This would make the industry worth US$ 9 billion in the next two years. It is triple its value in 2015, the year almost 234,000 medical tourists visited India. By 2017, this figure more than doubled to 495,056.

“India can provide medical and health care of international standards at low costs,” Union Tourism Minister K. J. Alphons told Lok Sabha MPs. Alphons credited the low cost of treatment and availability of alternative medicine therapies such as Ayurveda among the reasons for the success of the industry in India. To fuel expansion, the Tourism Ministry is changing visa rules to make it easier for medical tourists to come to India.

Analysts expect the medical tourism industry globally to be worth US$ 143.46 billion by 2025. The lucrative industry draws many to countries like India, where treatments can be anywhere between 65 and 90 percent cheaper compared to medical tourists’ home countries.

Yet the rapid growth of the medical tourism industry in India is not without its risks. Some analysts worry that the sector could, in effect, act as a new disease vector by enabling the spread of infectious diseases across the globe through patients who visit India to avail medical services.