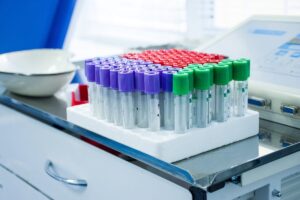 Clinical trials play an instrumental role in healthcare, aimed at ensuring that new medical treatments are safe and effective.

The number of clinical trials conducted in India every year has steadily been rising in recent years. India is presently poised to become ‘one of the largest clinical trial hubs’, contract research organisation George Clinical announced last year. This is a remarkable shift. A little more than a decade ago, India accounted for just two percent of clinical trials worldwide.

The low cost of conducting trials in India compared to other wealthier nations makes the country an attractive spot for pharmaceutical companies to carry out such studies. Enrolment is often higher and regulations are more relaxed. Yet the trend of rising numbers of clinical trials has not come without a human cost.

Since 2015, at least 1,100 participants in clinical trials in India have died. Of these, 88 died because of direct adverse side effects arising from the trial. Yet limited accountability and transparency means the actual figure could be higher. Since 2005, it is believed that almost 5,000 people have lost their lives after participating in trials according to figures released last month.

The direct loss of life because of clinical trials has seen Rs 5 crore paid out to victims’ families. This has been reportedly paid out to relatives of 66 of the 88 people who have died since 2015, according to government data released to Parliament.

Concerningly, compensation for victims who die or suffer permanent disability because of side effects incurred during clinical trials has recently been jeopardised.  Guidelines by the Centre published last year would have entitled victims or their families sixty percent of their due compensation in a short timeframe, if their case is upheld by an ethics committee. Yet earlier this year, reports claimed the guidelines would have this clause removed. The reported move was castigated by public health watchdogs as a “betrayal of the rights of clinical trial participants.”

Deaths due to clinical trials in India have led to calls for more oversight of the process, to better ensure patient safety and wellbeing and facilitate compensation when trials do go wrong. No clinical trial is free from risk. However, every effort must be made to safeguard the rights and safety of participants.

Correction: This article mistakenly converted Rs 5 crore to US$705 million, which a reader noted to be incorrect. The figure has been removed. We apologise for the error.