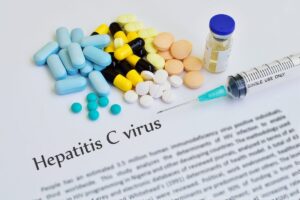 Between twelve and eighteen million Indians are chronically affected with hepatitis C. Could the findings of a recent study herald new lease of life for these patients?

Landmark research conducted by a consortium of French universities has shown promising results for the use of direct-acting antivirals (DAAs) in treatment of those with hepatitis C. The research suggests a lesser incidence of hepatocellular carcinoma – a common type of liver cancer, strongly associated with viral hepatitis infection – and a reduced risk of mortality in hepatitis C patientscan be  treated with DAAs.

“[DAAs] have been used extensively to treat people with chronic hepatitis C virus (HCV) infection,” the study notes. However, “their clinical effectiveness has not been well reported.” Indeed, as noted in an article published in The British Medical Journal last year, “there is insufficient evidence to judge that DAAs reduce mortality or other liver related complications from chronic hepatitis C”. This is despite their being “promoted as a cure” for the disease.

The new research lends some vindication to proponents of the use of DAAs in treating hepatitis C. The study found that patients treated with DAAs were 52 per cent less likely to die prematurely compared to their non-DAA treated counterparts. The study also found that those treated with DAAs saw their risk of presenting with hepatocellular carcinoma slashed by 33 per cent. (The study notes that “the estimated adjusted risk of developing hepatocellular carcinoma within a year in untreated patients in the cohort was 129 cases per 10,000 patients, and 86 per 10,000 in people who were treated”). As such, the study recommends that DAAs be “considered in all patients with chronic HCV infection.

The promising results could offer a glimmer of hope to India’s hepatitis C sufferers. Already DAAs have shown some potential in ameliorating some of India’s HCV burden. DAAs were dispensed free of charge to almost 20,000 HCV patients in Punjab last year, as part of an effort carried out by researchers from the Postgraduate Institute of Medical Education and Research in Chandigarh. The project reflected positive results, which were subsequently presented at the International Liver Congress.

“We have shown in our study that it is possible to cure more than 90 per cent of individuals with HCV infection in a highly dispersed population using well-trained teams in government medical colleges and district hospitals, and widely available DAAs,” said Professor Radha Krishnan Dhiman, who led the project. “We believe the Punjab Model could be applied to many different populations with the aim of eliminating HCV.”

Infection with HCV is more prevalent in northern India. As such, any efforts to dispense DAAs may target these areas first. Already the Indian government has launched programs to control viral hepatitis and expand access to treatment by lowering drug prices. With promising new research suggesting new hope on the horizon, an expansion of these efforts may be the pancaea India’s hepatitis C sufferers need.

The study published in The Lancet can be accessed here.