You are here: Home / Featured / Innovation: the way forward for India?

A comprehensive policy for neglected diseases research in India to foster the innovation of new drugs, diagnostics, and vaccines says Nirmal Kumar Ganguly and colleagues in an analysis published in the British Medical Journal (BMJ).

The paper begins by highlighting some of the achievements India has made against a number of neglected diseases. Guinea worm, trachoma, and yaws have been eradicated through innovative therapies and sustained campaigns. 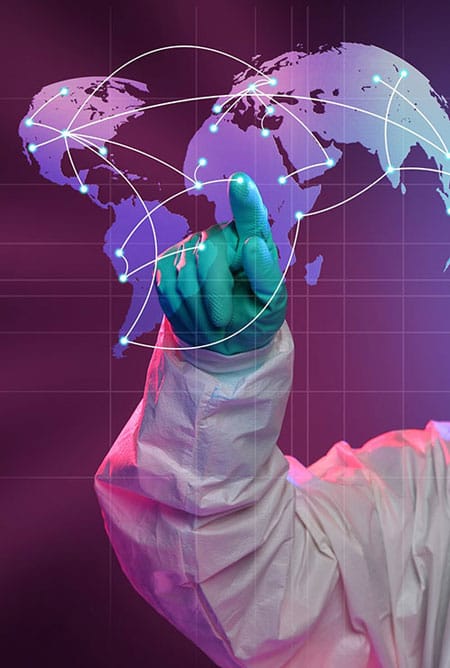 Despite India’s major role in the development of treatments for neglected diseases, Ganguly believes it is being held back by a lack of political will.

Though there are a number of instances where bills reference the need for an increase in provisions for neglected diseases, there is no current political measure in place to assign funding where needed.

The National Health Policy 2017, for example, mentions the need to stimulate innovation to meet health needs and ensure that new drugs are affordable, yet does not specifically mention neglected diseases as a priority area. Likewise the The National Policy on Treatment of Rare Diseases 2018 specifically includes infectious tropical diseases and identifies a need to support research on treatments for rare diseases, yet does not mention any budgetary allocation.

The result of a lack of government funding is that the therapies developed within Indian laboratories are left to market forces.

Many diseases that fall under the neglected disease criteria are rare, or isolated to certain regions. In many cases this makes the production and distribution of new treatments commercially unviable.

Lack of government funding has meant that private companies have been slow to adopt Indian innovations. By comparison, other national governments that have allocated funding are using products developed in India that are not yet used domestically. For example, an oral cholera vaccine that was tested and manufactured in India that gained World Health Organization (WHO) approval is not yet included as part of the national programme. It was, however, used in Bangladesh during the Rohingya refugee crisis to limit cholera outbreaks. The vaccine is vitally needed in India where cholera outbreaks frequently occur.

The need for innovation and cooperation between India and the rest of the South East Asia region is cited as vital by another review published in the BMJ. The authors claim continued and deeper collaborative programmes must be developed to ensure progress continues to be made in eliminating neglected diseases.

The sustainable development goals have prioritised a number of neglected tropical diseases to be eliminated by the year 2030. In order to do this, the South East Asia region, which is disproportionately affected by a number of these conditions, will need to utilise all possible avenues available to reduce disease burden.

In some cases, a majority of the disease cases are found in the South East Asia region, with some showing a majority of cases in just a handful of countries. For example, the Indian subcontinent accounted for sixty percent of the global burden of visceral leishmaniasis. Over forty percent of the global population considered at risk of contracting — therefore requiring mass drug administration — lymphatic filariasis elimination are in Bangladesh, India, and Nepal. India and Bangladesh also have the highest number of recorded snake bites in the world.

In order to meet the targets of disease elimination India will need financial commitments from the government in order to more effectively make use of domestically produced medicines. A greater degree of cooperation is also necessary if surrounding nations are to benefit from this production. Anti-venom for example is mainly sourced from India, however, due to lapses in supplies the mortality rates in the region are far higher than would be expected if supply lines were better maintained.