You are here: Home / Access to Healthcare / Centre under pressure to ban unsafe drugs 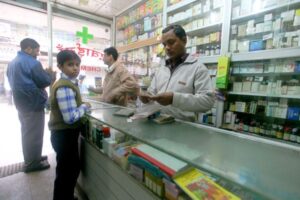 The Centre is under pressure to ban drugs that are still being sold in India despite being flagged a decade ago as being potentially unsafe.

The Delhi High Court has given the Centre until January 4th to respond to a public interest litigation (PIL) filed by Dinesh Thakur in October. Thakur is a public health activist and whistleblower, who gained fame after exposing that drugmaker Ranbaxy Laboratories falsified data about the safety of its products.

In his suit, Thakur called for three medications to be banned from India and an inquiry into the approvals process to root out corruption. One of the drugs Thakur mentioned – buclizine – was removed from shelves by the Centre last week as an appetite stimulant (it can still be used in the treatment of conditions such as conjunctivitis). However, the other two – antidepressant flupenthixol/melitracen and painkiller aceclofenac/drotaverine – are still on the market.

Lawyer Sai Vinod, who filed the PIL on Thakur’s behalf, says they expect the Centre to explain why the drugs have been approved for sale for so long. This is despite concerns being raised about their safety and effectiveness as far back as 2012, according to Thakur. The suit raises questions about the accountability of drug regulators to the public and to India’s Parliament.

Thakur has long been an advocate for safer drug practises – with drug regulators often the target of his ire. Earlier this year he petitioned the Prime Minister’s Office, claiming the Drug Controller General of India (DCGI) had approved medicines to treat illnesses without justification. He called for a commission to investigate what he described as “illegal approvals” by the DCGI and state authorities.

In 2016, he took regulators including the Union Health Ministry, the Central Drug Standards Control Organisation (CDSCO) and the Drugs Consultative Committee to court over their approvals processes. Also calling for a commission to investigate certain approvals, Thakur also sought to establish a new regulatory framework to ensure substandard medicines do not find their way into India’s pharmacies.

Thakur’s current suit is next expected to be heard in March next year.