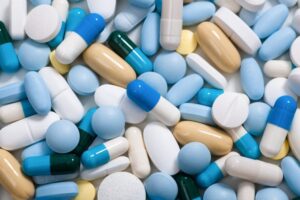 Recent reports have surfaced of a new “super antibiotic” being developed by Japanese pharma company Shionogi. The term super antibiotic is problematic. At best, it could simply be wishful thinking. At worst, it could be a dangerous exaggeration in a world where antibiotic resistance is a looming threat to public health.

Is appropriate language being used when referring to new treatments?

Language in relation to the reveal of potential new medications and treatments is often considerably disproportionate in the press. Terms such as “miracle cure” may create a situation where blind faith is placed onto the new medication, often before it has even passed through all of the necessary human trials.

Such is the case for bedaquiline, a TB treatment that is currently being recommended in the treatment of multidrug resistant TB (MDR-TB). In 2016 media announced bedaquiline as a “miracle drug” in the fight against TB. In some respects they are making a valid point, bedaquiline is one of the few drugs effective against strains of TB that have become all but immune to first line therapies. The drug may well form the backbone of the world’s fight against drug resistant TB in the future. 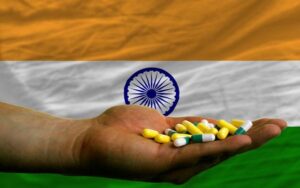 However, such headlines could be vastly misleading to the public. While bedaquiline does have a number of studies now backing its ability to combat drug-resistant TB, the “miracle drug” articles typically neglected to mention — or glanced over the fact — that bedaquiline is recommended by the World Health Organization (WHO) only in exceptional circumstances where other treatments fail.

Such a recommendation is in place because of the consistent observation during trials that those in the bedaquiline treatment group were found to be more likely to die than those in the placebo control group. The reason is thought to be an interruption of normal heart rhythm leading to a potential heart attack, though studies suggest further investigation into this is required.

Bedaquiline rollout has been slow in India, and many groups have become frustrated with this fact. As many have not been informed of the potential dangers of bedaquiline, they are drawn by the media headlines into thinking that they are simply being refused access to a drug that will save the nation from TB. 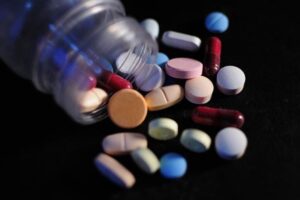 Lessons must be learnt when it comes to reporting on medical developments. Too much emphasis on the new medicine being a “magic bullet” or a “miracle cure” with data suggesting only partial efficacy or considerable side effects could lead to misuse or dependance on a treatment that may not be as effective as some may believe.

Shionogi’s new medication, cefiderocol, has been described by the study’s authors as “acting as a trojan horse”. This comment is particularly apt as the medication binds to iron molecules, these molecules are then taken in by the bacterial cell, bypassing the cell’s defenses — a similar methodology to the famed Trojan horse.

From this point cefiderocol interferes with the synthesis of the bacteria’s peptidoglycan, a major component of the cell wall. Once interrupted, the cell wall is weakened and leaves the cell prone to attack by the immune system.

The drug has been tested against urinary tract infections (UTIs) caused by several multidrug resistant Gram-negative bacteria. The study found that cefiderocol achieved higher levels of efficacy in treating these UTIs as currently used treatment imipenem-cilastatin.

“In the study, 73% of patients in the Cefiderocol group met with the primary endpoint (combination of clinical response and microbiological response at Test of Cure) versus 55% in the Imipenem-Cilastatin group, with an adjusted treatment difference of 18.6%,” Shionogi said in a statement.


Is it a miracle cure? 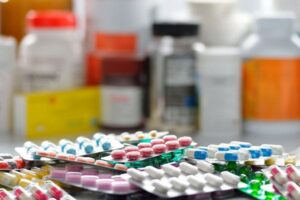 Comments on the study reveal that clinical interest is not so much focused on the medication itself as it is with the mechanism.

Serge Mostowy, Professor of Cellular Microbiology at the London School of Hygiene and Tropical Medicine, said, “How cefiderocol kills bacteria is not new…What is new is how the drug can enter the bacterial cell – hijacking a natural bacterial iron transport system. Exploiting this mechanism is a perfect example of modern medicine and should encourage novel research avenues aiming to fight antibiotic resistant infection.”

Cefiderocol may not be a “super antibiotic” in and of itself, but the research that led to the mechanism could be a critical moment in the creation of new lines of medicines that can more easily enter and destroy pathogens. This in particular may find extensive use in certain strains of drug resistant pathogens that have evaded treatment by preventing the cell from being penetrated by the active chemicals of current therapies.

The Times of India acknowledge this fact. Within their article they have provided criticisms of the new medication. In particular, a quote by Dr Sumit Ray, chairperson of critical care at Artemis Hospital, who has said that, “The worry is that the resistant bacteria we see in India have multiple mechanisms of blocking the activity of these antibiotics, which has not been clearly addressed by this antibiotic”

Caution must always be used when assigning too much significance to medicines in their initial stages of research. It is clear that more research is needed into cefiderocol. It has the potential to be a useful therapy in its own right, but also presents a novel method of delivering other medications that could have uses outside of just gram-negative bacterial infections.