You are here: Home / Environmental health / India’s children suffer due to air pollution 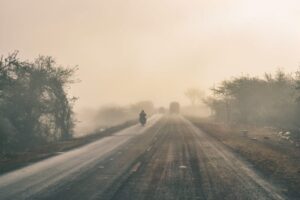 India’s children are at severe risk of health issues due to air pollution.

Around 93 percent of children globally are regularly exposed to air pollution levels considered dangerous to their health. This is according to a report published by the World Health Organization (WHO). Such data suggests the dire prospect that the overwhelming majority of children on a global level are at elevated risk of developing a number of noncommunicable diseases (NCDs) that can be caused or exacerbated by air pollution.

India is currently facing surging numbers of NCD cases. Data in recent months suggests air pollution is one of the key causative factors.

When one thinks of air pollution, diseases such as asthma and lung cancer come to mind as side effects of exposure. However a recent study published in The Lancet Planetary Health has indicated that conditions such as heart disease and diabetes could also potentially be caused by air pollution. The research attributes 3.2 million cases of diabetes a year to air pollution worldwide.

The cause of this is the inhalation of PM2.5 (particulate matter with a diameter of less than 2.5 micrometers). PM2.5 particles are small enough that they can be absorbed into the bloodstream through the lungs, this allows for the particles to cause damage to numerous organs. Worse still is that the study has deemed what were previously considered safe levels may still increase the rate of diabetes within the population.

India may be facing the brunt of the negative effects due to air pollution. The WHO claims that India faced 60,987 deaths of children under five years of age in 2016 that could be linked to their exposure to PM2.5.

India is the country with the highest number of recorded deaths due to PM2.5 exposure in this age bracket. Nigeria fell short of India with 47,674 deaths, followed by Pakistan with 21,136 deaths and Democratic Republic of Congo with 12,890 deaths.

For India to place top of the list is no surprise. With fourteen of the world’s fifteen most polluted cities located in India, the country is well known for its abysmal air quality. The rapid industrialisation and expansion of Indian cities is one of the primary factors driving the increase in pollution.

Last year saw the city blanketed in smog so thick the Indian Medical Association (IMA) declared a public health emergency. Pollution levels in some areas of the city were so high they exceeded the maximum amount measured by the Air Quality Index.

More than two million deaths are said to occur prematurely in India due to pollution, accounting for 25 percent of the global deaths due to air pollution. If great steps are not taken in the near future to avert this environmental crisis, India will bear witness to generations of children who have spent their whole lives breathing nothing but toxic air.