You are here: Home / Featured Story / NCDs: how does India compare to the rest of the world?

More than half the world’s nations are not on track to reach the UN target to reduce premature deaths from noncommunicable diseases (NCDs) such as cancer, cardiovascular disease, chronic respiratory disease, and diabetes by 2030, according to a new analysis published in The Lancet. India is one of them.

NCDs have long since reached epidemic proportions in India. Last year it was revealed that NCDs accounted for 61 percent of all deaths within India.

Progress towards the 2030 reduction goals will be reviewed at the third UN High-Level Meeting on Non-Communicable Diseases (NCDs) on September 27. The meeting will examine national and global progress towards the prevention and control of NCDs, and provide an opportunity to renew, reinforce, and enhance commitments to reduce their burden.

India, along with many developing nations and countries within sub-tropical regions, suffers from a dual burden of noncommunicable and infectious diseases. Many of these nations have considerable rates of conditions such as malaria and HIV. Though these diseases have been — for the most part — declining in prevalence in recent years, their infectious nature invokes an ever present threat of resurgence should campaigns against them become complacent.

Funding has therefore been traditionally directed towards infectious diseases in developing nations. This is the case for both domestic funding and international aid. As a result of this national and international campaigns against NCD incidence have only recently gained traction.

“Despite clear commitments, international aid agencies and national governments are doing too little to reduce deaths from cancers, heart and lung diseases and diabetes,” says the study’s senior author Professor Majid Ezzati. “Progress is even slower for other diseases that are not a part of SDG target, meaning that the true health of people in most countries is even more dire.”

It is only in the last few decades that NCDs have overtaken infectious disease to become the most common causes of deaths in many lower- and middle- income countries as well as their western counterparts. As rates of infectious diseases have fallen, life expectancies have increased. In turn as people are living longer they are being exposed to a greater risk of developing diseases such as cancer which are typically more common in later life.

Economic growth may also be playing a role. As more and more individuals take on higher-earning jobs, their lifestyles change accordingly. These jobs typically do not involve manual labour, allowing for a stagnant lifestyle with little exercise. More disposable income allows for consumption of more expensive — often ‘westernised’ — diets, which can involve a large volume of fast food and fried goods. These factors combined increase the risk of cardiovascular conditions — along with many other NCDs — significantly.

One considerable factor that may be elevating the risk of NCDs in India in particular is its poor air quality. India is home to fourteen of the world’s fifteen most polluted cities. The results of such high levels of pollution are a potential 1.1 million deaths a year according to some studies.

Recent studies have found that even low levels of PM2.5 (a type of particulate matter generated by cars and power plants) can elevate risk levels of diabetes in the population. While it is a well-documented fact that air pollution elevates the risk of lung cancers and conditions such as asthma, this recent evidence would suggest even more danger.

As PM2.5 is small enough to enter the bloodstream through the lungs it can cause a wide range of effects to all organs. The true scale of this issue is only recently being uncovered through this new data. The new evidence may help to shed light on the reasons as to why India’s risk of NCDs has so rapidly risen. It is likely that the correlation between India’s recent industrialisation and its rise in NCDs is therefore no coincidence, but may be indicative of a potential causative factor.

NCDs in India; a comparison of the scale of the problem

Worldwide the study attributes 12.5 million deaths among people aged thirty to seventy years worldwide in 2016 to cancer, cardiovascular diseases, chronic respiratory diseases, and diabetes. In the same year, UN data suggests a potential 5.8 million deaths occurred in India due to these NCDs.

What can be done? Alcohol and tobacco control 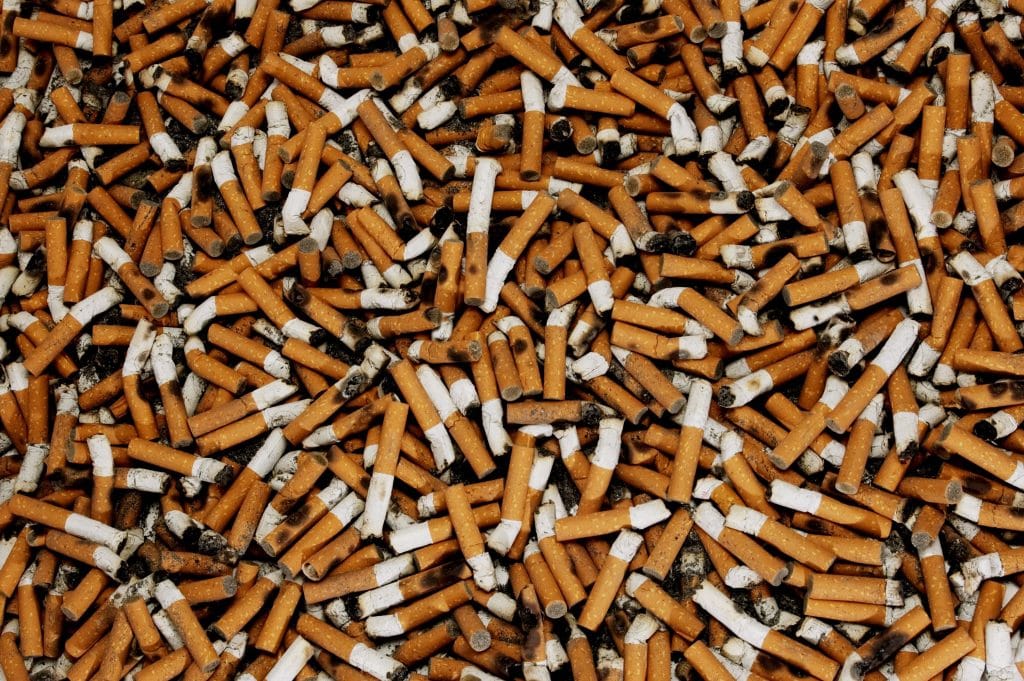 The authors suggest that one of the most direct methods of addressing NCD rates is to call for policies and interventions that reduce tobacco and alcohol use. This may include including fiscal and regulatory measures, such as taxation, warning labels, restriction of availability and sales, and banning of marketing, advertising, and public smoking.

Tobacco use, in particular, is a well-documented public health concern for India. It causes 932,600 deaths every year, causing 12.5 percent of all deaths in the country in 2016.

Tobacco use is, however, falling, especially among young people. This can be attributed to policies enacted by the Indian government and the work of NGOs and public health activists. Despite this an estimated 103 million adults still regularly smoke in India.

Unlike tobacco, alcohol usage in India is rising. Between 1970 and 1995 there was a 106.7 percent increase in the consumption of alcohol per person. Alcohol usage has continued to rise — though at a less dramatic rate — ever since.

Urbanisation plays a considerable role in this surge in alcohol use. Cities are home to increasing numbers of bars and pubs. As more people flock to urban environments, exposure to and availability of alcohol has increased dramatically.

Alcohol is, in fact, arguably more abundant in India now than it ever has been. India produces 65 percent of alcoholic beverages in the South-East Asia region, due to this it is regarded by some as the world’s third largest market for alcoholic drinks.

In addition to domestically produced alcohol, India has become a hotspot for the marketing of imported drinks. As a rising economy the country has become an ideal spot for drinks companies to grow their markets.

This increase in importations and the benefits to the economy has a much darker side. Alcoholism has become common in India, particularly among low income groups. Two districts of Uttarakhand, Dehradun and Haridwar, were recently investigated in a study published by the All India Institute of Medical Sciences (AIIMS). The study found that around fifty percent of the population in these districts were frequent drinkers, with the most affected group being unemployed men.

Alcoholic beverages will soon be required to carry labels warning consumers of the injurious effects of alcohol usage to health. This policy has echoes of similar legislation enacted against tobacco products in the country. It is therefore the hope that such a policy targeting alcohol may reap similar benefits.

What can be done? Environmental and health infrastructure

Infrastructure improvements may be key to curbing NCD rates within India. These may come in the form of environmental projects to reduce the prevalence of high pollution rates both within cities and rural environments. Improvements to healthcare infrastructure would also significantly reduce deaths associated with NCDs.

India’s commitment to tackling climate change has been repeatedly expressed in recent years. From increasing investment to renewable energy to signing up to the Paris Agreement, the country has maintained that it will attempt to reduce pollution and bolster the nation against the effects of climate change.

However, India remains one of the most rapidly growing economies in the world. This brings with it the challenge of balancing both economic and population expansion with environmental protection. In attempting to electrify rural areas and accommodate the growth of major cities it is inevitable that power supplies must grow. Long-term green projects may not keep up with demand without considerable investment. It is therefore in India’s interest to prioritise these green energy projects or face the reality of remaining the world’s most polluted nation for decades to come.

Infrastructure improvements must also be made in the healthcare sector. It is common knowledge that the differences in healthcare quality between rural India and its urban areas are staggering.

The results of lacking infrastructure have considerable consequences on the local population. Rural areas suffer the brunt of medical staff shortages. Many doctors outright refuse to work in rural locations. This is not entirely due to often lower wages. Even where clinics are present, doctors often state they lack even the most basic of medical resources, resulting in them not being able to provide simple services. This often draws the ire of the community they are serving.

This is not an issue that India could be expected to fix in the short term. The situation is far too ingrained and far too complex to address in just a few short years. However, policy change could steer the country in the right direction.

Addressing disparities in rural healthcare would require the building of untold numbers of clinics to cater for the billion strong population. It would also require the training of medical staff. Incentives would also be required to coax doctors into remaining in rural areas. The problem is deeply ingrained, however, it is a problem that India needs to address if it to provide adequate and equal access to healthcare.