You are here: Home / Featured / Screening for blood disorders proposed in bill 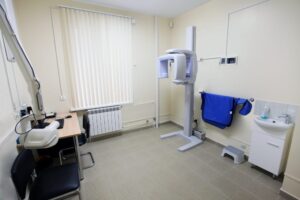 The Union Health Ministry has created a draft policy that could help to identify hemoglobinopathies, thalassemia and sickle cell disease. With sickle cell anaemia reaching prevalences of up to 35 percent in some communities, such a programme could identify many unaware of their status and who go without treatment as a result.

Titled ‘Prevention and Control of Hemoglobinopathies- Thalassemia, Sickle Cell Disease and variant Hemoglobins in India’, the draft bill proposes the creation of a web-based application. This web page would provide information using simple terminology regarding the complications and management of the diseases.

The implementation of the draft policy would involve the training of Asha workers in rural locations to identify individuals believed to be suffering from severe anaemia. The Asha’s would then be given information to attempt to distinguish the specific blood disorder that is causing the anaemia.

The draft builds on another proposed policy put forward at the end of August that suggests compulsory genetic screening of all pregnant women for sickle cell anaemia and thalassemia.

Provisions would be made for expectant mothers with these conditions such as provision of medicines like iron chelating agents, leukocyte filters and infusion pumps free of cost to the poor patients.

Dr Pavani Upendram consultant genetic counsellor at KIMS hospital explained, “For thalassemia, there is a need for pre-marital counselling and also pre-conception counselling. There are very few who come forward on their own after seeing a case in the family. The compulsory screening process will help as these deficiencies can be picked up.”

“The draft bill proposes the creation of a web-based application. This web page would provide information using simple terminology regarding the complications and management of the diseases.”

India is home to more than 40 million people who test positive for thalassemia. Over 100,000 of these individuals will die before the age of twenty. Many of these deaths stem from a lack of access to treatment.

A lack of knowledge and testing for the condition coupled with its genetic inheritability is what causes many of these thalassemia major deaths. Two genes are inherited from each parent. Each parent may therefore only believe they have anaemia — as it is not uncommon in India — and be passing on four genes to a child, resulting in the death of the child due to the lethality of four defective genes.

Sickle cell disease is also passed on genetically. According to the draft there are about 2.5 million carriers of the Hemoglobin AS gene (responsible for the disorder) in India, and around 125,000 sickle cell disease patients.

Some estimate higher numbers suffering from the sickle cell disease. There are 140,000 patients with sickle cell disease according to the President of the Sickle Cell Society of India, Sampat Ramteke. These cases are overwhelmingly found in thirteen states and one union territory. However, due to the genetic nature of the disease — and so its potential to be far higher in isolated populations — seventy percent reside in an area close to the Nagpur region.

India has long faced criticism that not enough is being done to combat sickle cell disease. Despite the Sickle Cell Institute being set up in 2013 to combat it, critical levels of understaffing have hugely hindered its ability to make any real change.

The new draft policy appears to be a comprehensive means of addressing this issue. “The policy envisages creation of centres of excellence in states that will have advanced facilities required for comprehensive care for patients with thalassemia/sickle cell disease including bone marrow transplant unit and a prenatal diagnosis.” says the draft.

The drafts propose bold measures to address the situation, though information regarding the funding has yet to be released. This alone casts doubt that such a large undertaking would occur within the next few years, allowing the situation regarding these genetic conditions to continue to go largely unchecked.

The epidemiological data is incomplete regarding hereditary blood conditions. Due to this the precise burden of these disorders is unknown. This largely stems from the lack of diagnosis, with many dismissing the diseases as simply anaemia.

The establishment of the new screening facilities could make huge strides in addressing these issues. Not only would the facilities allow people to receive the treatment they need, it would also allow the medical system to identify where the need for resources is greatest, thereby allocating funding where necessary.