You are here: Home / Featured Stories / The future of India’s population growth 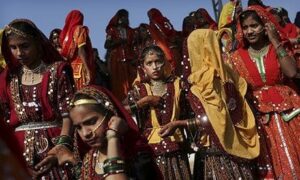 “India’s population is not only growing but also ageing”

This could have a number of implications for public health in India. An increase in the size of the population, as is projected to happen, is likely to increase the burden on India’s public health system – already struggling as demand vastly outmatches resources and personnel.

Adding to the burden is the anticipated growth in India’s elderly population, which will number around 340 million by 2050. Ageing increases the risk of a number of conditions, some of them chronic and necessitating lifelong management. This could further overstretch India’s healthcare system and accessing treatment could prove a challenge for many seniors in the coming years.

It is clear that India must plan so its public health system can accommodate the need. While the population will not grow at the accelerated rate of other nations and regions, it is still going to grow. Steps must be taken to ensure that this does not result in a public health crisis.