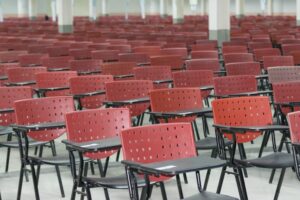 India’s Union Ministry of Human Resource Development (HRD) has dropped plans to reform medical and dental entrance examinations after the intervention of the health ministry.

Reforms proposed by the HRD Ministry would have seen the Entrance Test (NEET) being conducted twice a year under the ambit of the National Testing Agency (NTA) and through online mode only. The NEET exam is taken by students who wish to pursue a medical or dental postgraduate qualification at government or private colleges.

Plans to reform the NEET announced last month by Union Minister for HRD were opposed by the Union Ministry for Health and Family Welfare (MoHFW). They want the reforms to be implemented from next year onwards instead of this year.

The MoHFW expressed concern that exclusively digitising the exam would pose an obstacle to aspirants from rural areas and/or poor backgrounds. They were reportedly worried also that two exams in a year would prove too stressful for students – a concern also expressed by medical and educational professions.

Some have disagreed with the HRD Ministry’s decision, however. An editorial in The Week opined that “two NEET exams a year was likely to benefit the students who have to rush through their preparations during April-May after appearing for board examinations in March-April.” It called the reversal of the reforms “a setback for medical aspirants in the country.”

More than thirteen lakh candidates sat the NEET exam this year in 2,225 centres across the country. Next year’s NEET exam is scheduled for May 5.