You are here: Home / Featured / Isolation of those afflicted with leprosy. Remnants of archaic laws to blame? 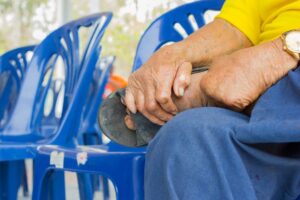 Leprosy will be eradicated from India in 2018, Union Health Minister J. P. Nadda announced earlier this year. Could discrimination threaten achievement of this goal?

As many as 119 central and state laws allow for the complete isolation of those afflicted with leprosy, according to the Supreme Court. Among the laws are the legitimation of divorce due to the condition, as well as barring an individual from educational institutions. This is despite the intervention of modern medicine being able to cure the disease.

A petition by the Vidhi Centre for Legal Policy has called for the dismissal of these laws, calling them archaic, discriminatory and unconstitutional.  Chief Justice Dipak Misra and Justices A M Khanwilkar and D Y Chandrachud have examined many of the laws at the request of the Vidhi Centre. They found that the statutory laws often acknowledge the superstition that leprosy is “highly contagious and linked to genetics”.

Many social issues regarding leprosy in India stem from a lack of knowledge of the condition. Many believe that the slightest contact with a person afflicted with leprosy will transfer the disease to them. Some are unaware that the disease can be treated.

“Many believe that the slightest contact with a person afflicted with leprosy will transfer the disease to them. Some are unaware that the disease can be treated.”

The court has requested the government to explain the continued existence of discriminatory laws that fail to take into account advances in modern medicine. The dismissal of the laws would pave the way for the rights of those suffering with leprosy within India.

The laws date back as far as the 1950s, such as the Andhra Pradesh Public Libraries Act of 1969. The act bans those afflicted with leprosy from public libraries. Discriminatory business practices are common against those afflicted with the condition. The Delhi Metro Railway Corporation (DMRC) received major criticism due to its policy to make leprosy patients carry a certificate stating that the disease is not contagious.

Courts are advising the removal of the laws, acknowledging that they amount to discrimination against the disabled. “We are sure the Centre and the states will rise to the occasion to remove the provision relating to disability (discrimination). Be it noted that we are conscious that leprosy is absolutely curable,” said Chief Justice Misra.

The laws can also be read as being in conflict with the current position of the Indian government. Finance Minister Arun Jaitley set out in the 2017 health budget speech to eradicate the disease this year. The deadline set for achieving this was 2018.

The deadline seems far fetched. As noted by Health Minister J.P. Nadda, India eliminated the disease in 2005. This has been achieved through initiatives such as a door-to-door screening program, which reached 320 million people last year. For the country to eradicate the disease, however, it would have to achieve a total reduction in the number of infections to zero. However, World Health Organization data claims that India accounts for 60 percent of the world’s new leprosy cases every year. 2015 data places the number of leprosy cases in India at 127,000.

In its early stages the disease can be treated with little long lasting effects to the patient. However, if left untreated, the disease causes permanent deformations to the extremities, leading to disability. The disease is not easily transmitted from person to person, though through repeated skin to skin contact (or contact with mucous) with an infected individual can transmit the disease.

Discriminatory laws may discourage potential sufferers from seeking treatment until it is too late. Whilst achieving eradication this year seems unlikely, ridding the country of the discriminatory laws the rights of those still suffering with the condition can be guaranteed. This may help foster greater patient outreach and treatment that takes India one step closer to eradicating leprosy.