You are here: Home / Diet & Nutrition / GM foods sold in India despite ban. What’s the risk?

Enter a supermarket in Delhi and you have a good chance of picking up food from the shelf that’s been made with genetically modified (GM) ingredients. This is according to a new study by the Centre for Science and Environment (CSE) report, which claims that 32 percent of foodstuffs sold in the National Capital Region (NCR) – as well as in Gujarat and Punjab – test positive for GM ingredients.

GM foods are effectively illegal in India as per Section 22 of the Food Safety and Standards Act, 2006, which prohibits their being manufactured, distributed, sold, or imported into India. Yet the CSE’s findings suggest that many foods imported from countries such as Canada and the United States may contain GM ingredients. Some, it alleges, falsely claim to be GM free.

The news has drawn the anger of campaigners. “It is no longer a case of simple negligence or apathy,” alleges the Coalition for a GM-Free India. Rather, the organisation says, the findings signify “adoption of an anti-citizen policy on GM foods”. It goes on to assert that “scientific evidence clearly points to numerous health risks from GM foods.”

The sale of GM foods, despite the ban, is suggestive of a “vacuum of governance” according to a press release from Down to Earth magazine. It singles out the Food Safety and Standards Authority of India (FSSAI), suggesting that it “has been evading responsibility” as it is “the sole authority responsible for regulating genetically modified food products in the country.”

The release goes on to say “FSSAI must get its act together” – starting with “[identifying] all GM products being sold in the market and [prosecuting] companies and traders responsible.” It says draft GM regulations prepared by the FSSAI “are based on bad science and…must be rejected.”

The regulations DTE allude to would require a foodstuff to be labelled if GM ingredients comprised five percent or more of its weight. In this vein, the FSSAI says, it is taking similar precautions as countries such as Canada and Japan. However, it adds, “the safety of all GM products need to be well established and proven to be as safe as non-GM products.”

“A vacuum of governance”

It is worth, however, examining what the science behind GM foods actually says and whether it is the doomsday scenario many media outlets are claiming.

The debate about GM ingredients in food has been around for decades. However, there does seem to be a scientific consensus – particularly among western academics – that GM foods are not hazardous for health.

“Many people believe that a so-called “genetically modified organism” (GMO) is a term that has some significance for interpreting the safety of food,” wrote Dr Giovanni Tagliabue for the American Council on Science and Health (ACSH) in June. “Most life scientists — geneticists, biologists, ecologists, and agronomists — are pretty sure that the opposite is true.”

Dr Tagliabue points to a study published in 2016 by the U.S. National Academies of Sciences, Engineering, and Medicine (NASEM). This study, he says “makes clear that the process of genetic engineering is not riskier than older methods of genetic alteration. The results of that report basically confirm a similar analysis that was released more than a third of a century ago.

“From the 1990s to today, many position statements by scientific societies, not to mention countless papers by individual scholars, have reaffirmed that axiom.” 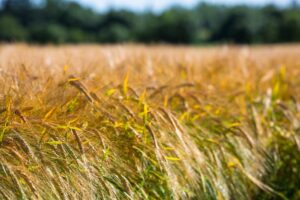 Some, however, dispute that such a consensus about the safety of GMOs exist. Indeed, a statement published in the Environmental Sciences Europe journal in 2015 that there is “no scientific consensus on GMO safety” was signed by “over 300 independent researchers” representing “a broad community of independent scientific researchers and scholars.”

An issue pointed out in the letter is the absence of long-term research into the health effects of GM foods on consumers. However, as a New York Times editorial notes, “establishing long-term safety would require prohibitively expensive decades of study of hundreds of thousands of G.M.O. consumers and their non-G.M.O. counterparts.”

While we do not have this data, we do have the reality of “hundreds of millions of genetic experiments involving every type of organism on earth and people eating billions of meals without a problem”, as pointed out by plant molecular biologist Robert Goldberg.

“It is not possible to prove a food is safe, only to say that no hazard has been shown to exist,” the Times editorial notes. As such, “the fears of G.M.O.s are still theoretical.”

Consumers have the right to know if a foodstuff will adversely impact their health. However, much of the debate surrounding the CSE’s fundings does seem to be hampered by unscientific hyperbole. India’s food regulations must be enforced, but must also be grounded in rationale and scientific fact.