You are here: Home / Infectious diseases / What’s the hepatitis burden in India? 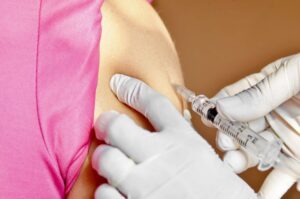 Less than one tenth of people infected with hepatitis are aware of it – and fewer than a tenth of those who are aware receive the necessary treatment.

These were the grim figures issued by Dr Poonam Khetrapal Singh ahead of World Hepatitis Day this year. Dr Singh – the World Health Organization (WHO) Regional Director for Southeast Asia – said that 410,000 deaths in southeast Asia each year can be attributed to the deadly combination of region’s high hepatitis burden and its population’s limited awareness of what hepatitis is, how it can be spread, and the necessity of treatment.

HBV and HBC are two of the five main types of hepatitis, a group of infections usually caused by infection with hepatitis viruses. Hepatitis can also be caused by autoimmune disorders, other infections, and substance and alcohol abuse.

If hepatitis lasts for more than six months, it is known as chronic hepatitis. Someone with chronic hepatitis, if left untreated, are at heightened risk of numerous, potentially fatal medical problems, including liver failure and liver cancer. Chronic hepatitis is difficult to detect as it often displays no symptoms. Often, a patient is diagnosed through screening or testing for other, non-specific symptoms.

Of the five main types of hepatitis, HBV and HBC are considered particularly dangerous. According to the WHO, they “lead to chronic disease in hundreds of millions of people and, together, are the most common cause of liver cirrhosis and cancer.”

The hepatitis burden in India

India is home to roughly 40 million HBV patients and six to twelve million HCV patients. Together, HBV and HCV are estimated to cause around 1.5 lakh deaths each year. Accurating estimating India’s hepatitis burden is a challenge, as many do not know they are infected.

India’s response to hepatitis was somewhat delayed in getting off the ground but has incorporated awareness and prevention programmes for HBV. It has also integrated the HBV vaccine into its infant immunisation programme. Policies to introduce generic medicines for the treatment of HCV have also been implemented.

Nonetheless, diagnosis rates remain low. As Health Issues India reported earlier this year, ninety percent of HBV-positive individuals worldwide are undiagnosed. In India, 3.27 million people test positive for HBsAg, the surface antigen which indicates current HBV infection. Of these, just 519,000 have been diagnosed. Meanwhile, of the 9.175 million people eligible for HBV treatment, just 4,700 – less than one percent – receive it.

The need for increased screening programmes and scaling up access to treatment is vital to ensuring the hepatitis burden is appropriately managed in India going forward. Global targets seek to eliminate hepatitis by 2030. This is an unfeasibly tall order for India, which, experts say, can expect to eradicate hepatitis by 2080 – if the proper action is taken now.