You are here: Home / Featured / Screening for congenital disorders at Chennai hospital 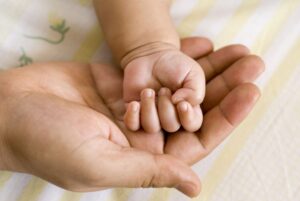 The doctors at Chennai’s Institute of Child Health and Hospital for Children in Egmore will soon be implementing mandatory screening for congenital hypothyroidism and adrenal hyperplasia.

“A nationwide study which was conducted by the Indian Council of Medical Research (ICMR), showed that more newborn children were being born with congenital hypothyroidism or congenital adrenal hyperplasia. Seeing this, we decided to implement screening of the same in newborns so that we could catch these things early and start the appropriate treatment ahead of time,” said Dr AT Arasar Seeralar, Director of ICH and State Child Health Nodal Officer, to TNM.

The ICMR study began in 2008 at select hospitals in various cities around the nation, including Chennai, Delhi, Kolkata, Mumbai and Hyderabad as well as a ‘High Risk Screening Centre for Metabolic Disorders’ in Bengaluru.

After screening around one lakh newborns’ blood samples, a rise in congenital adrenal hyperplasia and hypothyroidism was noticed. Following this, it was recommended that screening be conducted for newborns to detect and treat the ailments.

Congenital adrenal hyperplasia is a disorder in which the adrenal glands, located above the kidneys, are unable to produce certain hormones or the hormones produced are faulty and do not perform their roles in the body properly. “A number of these are hormones which have a role in the development of genitalia and other secondary sexual characteristics,” explained Dr Arasar.

According to Dr Arasar, as many as 6 babies out of 1000 born in Chennai alone may show some form of a congenital adrenal hyperplasia, which was considerably higher than previously seen. “We felt that it was important to screen newborns for CAH given such a prevalence rate,” he said.

Meanwhile, congenital hypothyroidism affects at least 1 baby per 1000 in major cities nationwide, reveals the study. In this condition the thyroid glands either do not produce thyroid hormone or produce inadequate amounts of the same. Thyroid hormone is essential for metabolism and in newborns is particularly important for brain growth and development.

Both these conditions could result in delayed growth and development, and if left untreated could severely impact the child’s health.

“Given this we felt that it was vital to implement the screening program. The process is quite simple. We prick the heel of the baby and take what is called as a ‘dry blot specimen’ wherein 3 drops of blood are blotted onto a filter paper and left to dry. This filter paper is then sent to the lab where they test for the thyroid stimulating hormone (TSH) in the sample. For the newborns, who present with a decreased TSH level, we give them thyroxine supplements to improve the levels of the thyroid hormone,” added Dr Arasar.

A similar test is done to test for congenital adrenal hyperplasia as well and depending on the deficient hormone (if any), appropriate supplementation and treatment is given.