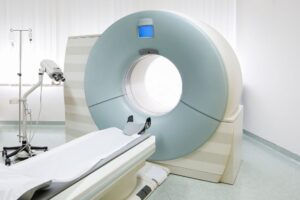 This article was originally published in The News Minute and has been republished with permission.

However, while the numbers seem alarming, state authorities have said that without appropriate background information, these rates may be misleading.

In December 2017, the government had sought to expand its ‘non-communicable diseases (NCD) screening’ programmes throughout the state. Under this program, the Health Department trained ASHA workers to screen for diabetes and hypertension, and oral, cervical and breast cancers.

An official from the department stated how vital it was for door-to-door screening and awareness to be undertaken, “It helps us gather an entire family’s medical history and we are also able to screen them for these different diseases. We can also make them understand what warning signs they need to be looking for.”

ASHA workers and other personnel have been going to the interior parts of the state and have been visiting people in their homes to carry out these awareness and screening measures.

Should someone require further tests based on the results of the screening, they are referred to tertiary hospitals in Hyderabad, primarily Nizam’s Institute of Medical Sciences (NIMS) and MNJ Institute of Oncology and Regional Cancer Centre.

The NCD screening programme has been initiated in over 12 districts of the state. While over 9,000 people screened were suspected to have some form of a premalignant lesion, only a little over 1,000 of them showed actual signs of cancer and have been taken up for further testing.

“These teams are going from door to door to encourage screening of women above the age of 40,” said Dr Jayalatha, Director at MNJ Institute of Oncology and Regional Cancer Centre in Hyderabad, to TNM. “They are also creating awareness and educating people. All of this has allowed for us to get a better understanding of how many cases of cervical cancer and breast cancer are going undetected, as we are seeing how many people truly are afflicted by these diseases. However, this does not mean that there is any underlying factor which is contributing to the sudden increase in the number of cases.”

She added that even those who were suspected to have cancer in the initial screenings may not necessarily have an actual malignancy. “Screening helps us determine whether someone is potentially at risk, but that doesn’t mean they are affected with cancer. That will be determined through subsequent workup after the screening.”

The ASHA and other healthcare workers also conduct regular follow-ups with those requiring treatment.

“They do provide information to people about getting treatment, but that’s not all. Once people begin getting appropriate treatment, we have healthcare workers at the ground level who follow-up with them regularly, even making phone calls and visiting them in person, to keep track of their progress,” stated Dr Jayalatha.