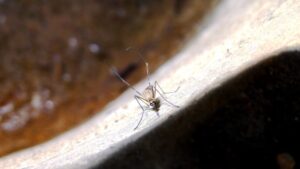 .  This article was first published on The News Minute and has been republished with permission.

With the monsoon season entering its third week in Kerala, the number of dengue cases is on the rise across the state. In spite of various preventive measures which the state health department has undertaken since January 2018, they have been unable to curtail the spread of the disease.

Kasargod District Medical Officer Dr Dinesh Kumar told TNM, “This year Kasargod has recorded the highest number of dengue cases in Kerala. There is a dengue outbreak in Kasargod”

Dr Dinesh explained, “Kasargod has both hilly and coastal areas. Since January 2018 we have undertaken several activities covering all the panchayaths. We made 4 teams headed by the district collector, sub-collectors and additional district magistrate. Hilly areas such as Kodambelur, Balaar, Kinanoor, Karinthalam were given more attention. Until the monsoon season, the dengue cases were under control. But now with the rains, new cases of dengue are being reported from the coastal areas such as Kanhangad, Nileshwaram, Pallikkara, Chengala, Mogral Puthoor. However the number of cases from hilly areas are on the decline this year.”

Dr Dinesh added, “This does not reflect that preparation to tackle dengue was inadequate. It has more to do with the seasonal changes that become conducive for breeding of mosquitoes.”

A surge in dengue cases has occurred during May and June season.  In April there were 20 suspected cases and 1 suspected death while the confirmed cases were only 2.

June has 1399 suspected cases so far and 1 suspected dengue death. As of June 19, the total number of confirmed cases stands at 176. So far no death due to dengue has been confirmed in June.

Malappuram also is on dengue alert. The district has reported high number of cases this year.

Malappuram District Medical Officer Dr Sakeena told TNM, “ Since January 2018 up till May 19, we have 938 suspected cases and 146 confirmed cases .”

Dr Sakeena added, “Case fatality rate is low in Malappuram. It is only 0.45%”

Usually, higher number of cases are reported from the forest belt in the district. This includes Chungathara, Karinazhi, Kalikavu, Mankada. These areas have more number of rubber plantations and bamboo grooves.

“We need area specific activities to address the specific preventive measures. For example, in forest areas the bushes might be needed to be cleared out a bit so that mosquitoes have less hiding spaces. In rubber plantations, coconut shells which are used to collect the rubber milk can become breeding places for mosquitoes during monsoon.” said Dr Sakeena.

There is no specific treatment for dengue, which is why the focus of health administrators has been on prevention. In fact, early detection and access to proper medical care can lower fatality rates to below 1%. And the best way to prevent the diseases is by controlling the breeding of carriers – or ‘vectors’ – of the disease, mosquitoes.