You are here: Home / International / Raising awareness of rare diseases 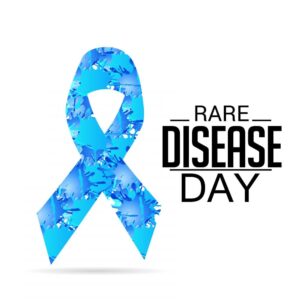 Rare diseases — despite the uncommonness that the name infers — cumulatively affect around 350 million people. This figure includes around 30 million individuals from the US and roughly 70 million in India.

Simultaneous seven-kilometre walks/runs were held in Bengaluru and Mumbai in order to raise awareness for 7,000 rare diseases and the 70 million patients who suffer from them. The walks, referred to as “Racefor7” were held on Sunday, February 25, ahead of Rare Disease Day on February 28. There was a walk in Washington, DC.

Only around 60 attendees were present at the event in Washington, DC. The turnout in India was more impressive, with over 1,500 attendees in Mumbai, and around 3,500 in Bangalore.

The diseases are notably difficult to diagnose and research into them is historically lacking. In India, a national policy regarding rare conditions has been approved. The policy, which has been  supported by aid groups since 2010, sets out a budget of Rs 100 crore towards managing the conditions.

Though the classification has no formal definition, it is loosely considered that those diseases that affect fewer than 5-7 people per 10,000 population are deemed “rare diseases”. Many of these diseases are genetic conditions with no known cure. The diseases are often highly expensive to treat (if treatable at all) due to targeted medications being limited. They are often misdiagnosed due to a lack of awareness of many of the diseases and their symptoms, this can often result in the death of those affected.

Organisers of the event have said they believe support for those with rare conditions is limited due to the use of the term “rare”. The terminology can also leave sufferers of the diseases feeling isolated. Many will never meet another individual with the same condition.

Acknowledgement of the diseases is increasing in India. The Delhi state government, for example, has proposed to the high court the establishment of an administrative committee for rare diseases. In addition to the national policy, this may see increased measures to treat rare diseases, as well as their potential inclusion in health insurance policies.

The Racefor7 event began as a smaller scale awareness walk marking World Rare Disease Day in 2016. The walk has since escalated into a far larger campaign organised between India and the US. The event is conducted by the Organization for Rare Diseases India (ORDI).

One  in every 20 Indians suffers from a rare disease, according to ORDI Founder and Director, Prasanna Shirol.  “It is estimated that 70 million patients in India suffer from a rare disease…..These diseases are serious, often life-threatening, and approximately half of those affected are children. That is why Race for 7 is significant,” he added.