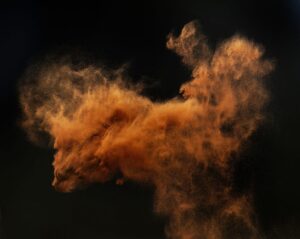 Dust storms at the beginning of May left a trail of death and devastation across the northern Indian states of Rajasthan and Uttar Pradesh. More than 127 people were killed.

Dust storms are a normal part of India’s climate in the summer months. They usually pass with comparatively little incident. The death toll rarely exceeds a dozen or so. This time, however, it was different.

A combination of unusually high temperatures and a preponderance of moisture in the atmosphere intensified the dust storms, according to meteorologists. Bob Henson of Weather Underground said “the strong winds were probably downbursts” caused by “a huge thunderstorm complex that swept through the area overnight.”

The storms rolled across the region as moist air was drawn from the Gulf of Oman to a cyclonic flow – a current where air travels inward – off the northeast Indian coast. The low pressure weather system, coupled with the heat, led to the generation of the violent winds.

The crisis has been deemed “a freak incident” by Mahesh Palawat, chief meteorologist at Skymet Weather. “ Dust storms are usually not this intense nor do these systems cover such a large area,” Palawat added.

At least 73 people died and 91 were injured in Uttar Pradesh. 36 people lost their lives in Rajasthan, which reported more than 100 injuries. Power supplies were disrupted as some 8,000 electricity poles fell. Trees were uprooted and buildings destroyed by debris carried by fierce winds reaching speeds of 100 mph in some areas.

The winds are responsible for much of the immediate damage and loss of life. However, the presence of dust in the storms could lead to health complications in future if particulate matter accumulates in the respiratory systems of those affected. This can inflame pre-existing conditions such as asthma and, if exposed over an extended period of time, could lead to issues with breathing and lung disorders.

This could be a concern for residents of the affected regions. Some are warning that climate change means dust superstorms are likely to increase in incidence in future.

“All over India, temperatures are abnormally high,” Indian Institute of Tropical Meteorology climate scientist Roxy Mathew Koll told The Hindustan Times. “Even if they are not the drivers, they will aggravate the situation by causing the atmosphere to become more unstable.”

If this is the case, residents will face a dual threat. Not only will they have to contend with the immediate risk of the storm, they may also be faced with the prospect of long-lasting health effects and complications.