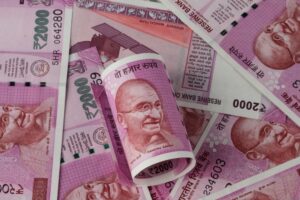 Indian innovation will benefit from a US$125 million loan from the World Bank.

This follows an agreement signed by the Indian government and the World Bank’s investment arm, the International Bank for Reconstruction and Development (IBRD). The loan will target India’s biopharmaceutical and medical devices sectors through the ‘Innovate in India for Inclusiveness’ project, also known as I3. Indigenous innovation and production at the local level are core aims of the initiative.

The I3, approved by the World Bank Board of Executive Directors last year, supports the Centre’s Biotechnology Industry Research Assistance Program (BIRAC). This is a project under the ambit of India’s Department of Biotechnology, which provides support to start-ups and fosters collaboration through ‘strategic partnerships’. The goal of the World Bank investment is to capitalise on India’s biopharmaceutical and medical devices industry by making it ‘globally competitive’.

“India is emerging as a global player…in the areas of bio-generic medicines, vaccinations, and medical devices,” according to Hishram Abdo, the Acting Country Director for World Bank India. This puts the country “in a position to deliver safe, effective, and low-cost vaccines to tackle the host of diseases that plague billions around the world.”

India already has a reputation as ‘the pharmacy of the developing world’ owing to its generics medicine industry. It also emerging as a hotspot for medical tourism and its burgeoning pool of start-ups – including a number in healthcare – is attracting interest from investors across the globe. Almost seventy percent of the private equity and venture capital inflow into the southeast Asia region since 2015 has been gone to Indian start-ups.

The interest from the World Bank consolidates India’s position as a major global presence in the field of medical innovation. It also accentuates the need for innovation in the region and its potential to effect positive change for the health and wellbeing of Indians and citizens of other developing countries alike.

Representatives of the Indian government welcomed the agreement.

“BIRAC has been playing a critical role in developing and sustaining the innovation ecosystem in India,” said Dr Renu Swarup, the program’s managing director. “This landmark collaboration…will further catalyze this ecosystem to develop new vaccines, diagnostics and core R&D technologies of medical technology devices while strengthening the existing infrastructure and building collaborative partnerships in parallel.”