You are here: Home / Social issues / A suicide crisis among Indian students 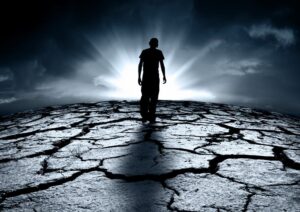 The previous day, Bheem Singh had also been found dead.

What links the two deaths is that both were suicides and that Shanmukha and Singh were both students. Shanmukha, aged just seventeen, was a senior intermediate student at the Bhashyam Junior College in Kakinada. Singh was a third-year PhD student at the Indian Institute of Technology (IIT) in Kanpur.

The two cases are one of several involving Indian students taking their own lives in recent weeks. In fact, more than one student commits suicide in the country every hour. This epidemic of mental health crises among India’s student population – projected to become the biggest in the world by 2025 – is one the country’s education system is ill-prepared to address, reports suggest.

Mental illness is a significant public health challenge in India. The World Health Organization (WHO) identifies 56 million people as suffering from depression and 38 million as suffering from anxiety disorders. In 2014, India accounted for seventeen percent of the world’s suicides.

Both Prime Minister Narendra Modi and President Ram Nath Kovind have spoken out on the issue. “Depression can be overcome. We all can play a role in helping those suffering from depression overcome it,” Modi told the nation in a Mann Ki Bhat last year.

President Kovind, meanwhile, has drawn attention to the lack of mental healthcare As many as ninety percent of those who suffer from mental health conditions in India do not receive treatment. Kovind warned of a mental health epidemic in years to come if the situation does not improve.

An illuminating survey by the Live Love Laugh Foundation (LLLF) found many Indians hold derogatory attitudes towards those with mental health conditions. For example, sixty percent of respondents agreed with the statement ‘mentally unhealthy people should have their own groups – healthy people need not be contaminated by them.’ When asked about their feelings towards the mentally ill, 76 percent of respondents said they felt sympathetic. However, a sizeable percentage admitted to feelings of disgust, hatred and apathy.

“While there is growing awareness of mental health issues in India,” Manipal University professor Nikhil Govind told Times Higher Education last year, “there is less awareness of the issues of university students.” This, combined with the expense of mental healthcare, means “almost nowhere in India is there a serious endeavour to mitigate this.”

The issues facing students in India are diverse. They include not only mental health conditions such as depression but issues among friendship circles, within families, and with drug and alcohol addictions. Professor Govind suggests university students, many of whom are living away from home for the first time, are ill-equipped to deal with these issues alone.

This is exacerbated by the widespread unavailability of mental healthcare, particularly from qualified therapists. As Govind points out, “students need therapists with the right, non-moralistic and truly empathetic sensibility”. Instead, he says, what they often get are “complete platitudes – about ‘getting over it’, ‘it’s a phase’, ‘don’t you want your parents to be proud of you?’, ‘buck up’ etc”.

Another factor which may be pushing so many students to the brink is academic pressure. A Wired article notes many teenagers face significant pressure to gain admission to prestigious academic institutions such as IITs. Failure to do so can leave students with a sense of failure, which can prove so devastating for some they take their own lives.

The case of Kadali Shanmukha spotlights a major concern: parental pressure. The student wrote “Sorry Mom, I can’t study here”. He had reportedly been berated by his parents after failing mathematics exams. A 2015 study said about two thirds of high school students in India feel parental pressure to excel academically. It identified a positive correlation between exam-related anxiety and pressure from a student’s family.

There is rarely a single cause of suicide and no one is to blame. However, the onus is upon India’s education system to care for its students’ woes and avert further deaths. Many lack the facilities, resources and personnel to do this. Until this changes, more lives will – needlessly – be lost.