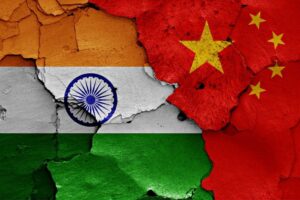 India’s health sector and medical industry may see negative effects in the future stemming from an over reliance on imports of medicine and raw materials from China, claims the Indian Pharmaceutical Congress Association (IPCA), the apex organisation for Indian pharmacists. However, these Chinese raw materials are used in medicines destined for domestic consumption and for export to other developing countries; consumers in Europe and North America get high-quality products made with Indian raw materials.

India has created a generics market that sends low cost medications across the globe. This has earned it the title of “the pharmacy of the developing world”. The larger India’s generics market becomes, however, the more it depends on a steady supply of raw materials. These raw materials are not frequently sourced within India, making the industry dependent on those supplying the materials.

A cause of concern

The IPCA has marked this as a cause of concern. They note that around 75 percent of bulk drug imports are sourced from China. This includes both medicines and raw materials, often including active pharmaceutical ingredients (APIs), the active substances in medicines. Estimates from the IPCA calculate that around 80 percent of all raw pharmaceutical materials used in Indian manufacturing are sourced externally.

In a more conservative estimate the Lok Sabha was told by Minister of State for Chemicals and Fertilisers Mansukh L. Mandaviya claiming 66 percent of all APIs were imported from China. The total value of the imports reached a considerable figure of Rs 12,254.97 crore over the 2016 to 2017 period. Mandaviya said he had no concerns over the figure, citing economic considerations as the reason behind the vast number of imports.

The government has acted to reduce reliance on imports but its efforts have only paid off in products made for export to Europe and North America.  On January 29, 2016, the government decided to withdraw customs duty exemptions on import of 73 active ingredients. This made  the import of active ingredients more expensive and has, over two years, reduced the value of the imports. However, the volume remains very high.

Sourcing all the active ingredients within India would drive up production costs significantly. This might  allow cheaper imports to take a bigger hold on the Indian market.

Concerns have been expressed over the supply line largely being restricted so a single country. “Over-dependence on China for APIs is likely to affect the bulk drug manufacturing sector, and subsequently have an impact on our population in plausible scenarios of drug shortages brought down by interrupted imports from single source country,” said Dr. Dhirender Kaushik, Organising Secretary of the 69th Indian Pharmaceutical Congress.

While India clearly has the technical capacity for production of the AP,  using these products for all medicines produced in India would be costly. This could cause an upset that could cause long lasting effects on the generic market. Opposing this is the possibility of supply chains from China being broken. Even temporarily this could cripple Indian generics companies ability to manufacture. Either scenario could be disastrous, leaving both the pharma industry and policy makers scrambling for a viable solution.