You are here: Home / International / India and Italy to partner on healthcare infrastructure

India and Italy are to become partners in health infrastructure, after a Memorandum of Understanding (MoU) was signed between the two countries on November 29. The intention is to pool technical, scientific, financial and human resources to upgrade healthcare infrastructure, medical education and research in both countries. 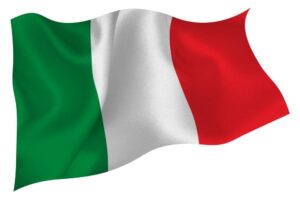 The deal may involve increased investment into the Indian healthcare system which is badly needed. While the National Health Policy (NHP) 2017 promised increased government expenditure on healthcare totalling 2.5 percent of India’s GDP, these increases are yet to be seen.

As a result, around two thirds of healthcare spending is paid out of pocket by the patients. This results in many pushing themselves into poverty in order to purchase medicines. One high-profile recent example saw the parents of a seven-year old dengue patient charged a fee of Rs 1.6 milion (US$25,000) by private healthcare company Fortis.

The India-Italy deal appears from its initial descriptions as mutually beneficial. The deal places a focus on the promotion of business development opportunities in pharmaceuticals, particularly the procurement of generic and essential drugs and assistance in sourcing of drug supplies. Italy is likely seeking to take advantage of the numerous generics produced within India for a fraction of the price of brand name medications.

The training of personnel within the healthcare environment will be prioritised. This could potentially involve Indian staff being trained within Italy. India currently suffers from vast shortages of medical personnel across the majority of states. This includes shortages of essential staff such as midwives, surgeons and specialists such as paediatricians and gynaecologists. In many cases lives are being unnecessarily lost, as the lack of necessary medical personnel has left gaps in available services.

Focus will also be placed on factors affecting both nations. The prevention of NCDs of mutual interest, such as neurocardiovascular diseases, cancer, COPDs, mental health and dementia was mentioned within the declaration. NCDs now comprise the majority of the most common causes of death in India, overtaking infectious diseases. Collaboration within this area could be hugely beneficial to both countries.

Union Health Minister JP Nadda, along with his Italian counterpart Beatrice Lorenzin signed the MoU in the presence of senior officers from the health ministry and a high-level delegation from Italy.