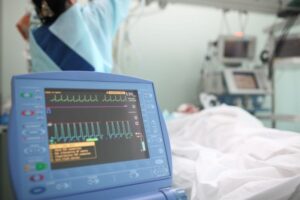 Heart disease accounted for 28.1 percent of all deaths in India in 2016. This firmly places heart conditions at the forefront of causes of death.

Previously, the list of most common causes of death in India was dominated by infectious disease. Growing public knowledge and better prevention tactics have allowed for reductions of many infectious diseases in India. Treatments have also improved in recent years.

Heart disease is the most common cause of NCD related death. Heart disease accounted for nearly half of the 61.8 percent of deaths due to NCDs. The findings were published in a recent report published in The Lancet on November 14 by the Indian Council of Medical Research, the Public Health Foundation of India, and the Institute for Health Metrics and Evaluation.

Though the report documents a rise in NCDs across all states, as reported by Health Issues India, the rise has shown huge disparities over different locations.

The extent of the shift to NCDs taking the place of infectious diseases as the most common cause of death appears linked to the relative wealth of a state (though the report notes significant variance, even among states at different levels of development.) Two states were exempt from this trend of NCD prevalence overtaking that of communicable diseases: Odisha and Jharkhand, both low income states. The two states both saw diarrhoea as the top cause of death.

Punjab, Tamil Nadu and Kerala, all wealthy states were found to have some of the highest rates of heart disease in the country.

These trends are consistent with the known risk factors associated with heart disease. Sedentary lifestyles, often associated with higher paid occupations involving less physical exertion such as office work, presents considerable negative effects on heart health. With more and more jobs moving away from manual labour in India, this may be a driving force of the rising prevalence.

Diet also plays a key role. Many in poorer, rural areas will have a diet rich in vegetables due to them being cheaper. This is beneficial to heart health. However, other factors, such as the prevalence of alcoholism in rural areas, can also be bad for the heart.

In urban areas, fast food, as well as foods high in fat and sugar have become common. This has led to rising levels of obesity, giving way to conditions such as diabetes as well as heart disease.

In order to address the rising tide of lifestyle based diseases, India must work to provide information to make people aware of the potential risk factors. Prioritisation of early diagnosis and treatment could also help in reducing the number of deaths.