You are here: Home / Access to Healthcare / India and Taiwan to cooperate on healthcare?

Haryana state officials and hospital representatives reportedly showed strong interest when a visiting Taiwanese delegation gave an overview of Taiwan’s universal health care system, launched in 1995, and its use of IC cards. 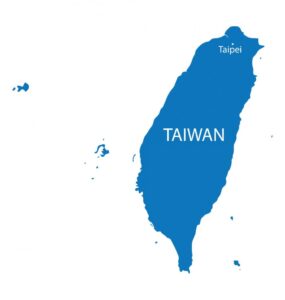 Both India and Taiwan have expressed interest in closer collaboration on a number of issues during a visit to India by the Taiwanese delegation. Among these issues are national health insurance systems and health related information technology (IT).

Both countries have planned to start talks as soon as possible on means of cooperation. Interest was shown in furthering research into traditional asian medicines, as well as strategies for epidemic prevention.

This database technology better enables the Indian healthcare system to chart trends. For example in plotting the spread of an infectious disease and so allows medical supplies to be allocated where they are most needed.

In other instances, collaborations have been more closely linked to medical tourism. Deals are currently in place between India and numerous African countries such as Uganda and Kenya. Typically these deals have seen large numbers of patients flocking to India from these countries. In response India has begun to fund the creation of healthcare centres within these nations. This has provided benefits to both parties. The Indian healthcare system sees a rise in profits abroad, whilst the healthcare system of recipient nations enjoy increased accessibility.

The Taiwanese delegation was headed by Deputy Health and Welfare Minister Ho Chi-kung. Numerous healthcare related centres and hospitals were visited by the delegation, including: India’s Ministry of Health and Family Welfare, the National Centre for Disease Control, and chain hospitals Apollo Hospitals and Fortis Hospitals. Health officials in the state of Haryana were also visited.

This could indicate that further cooperation between the two nations may lead to India moving closer to universal healthcare. Though India, as one of the world’s leading economies, has the economic power to push for universal healthcare, inefficiency and inconsistent coverage are still hugely problematic and present obstacles to making this a reality. The IT collaboration between India and Taiwan may provide a boost to digital healthcare, potentially aiding in the expansion of some degree of healthcare to geographically isolated rural areas within India.