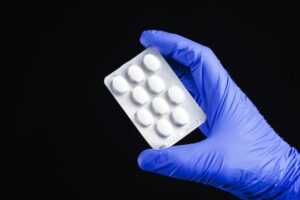 Indian pharmaceutical companies will face tighter scrutiny following an ‘unprecedented’ agreement between US and EU agencies. This does not seem to be worrying industry insiders, however.

The United States Food and Drug Administration (FDA) signed an agreement of mutual recognition with a number of European Union member states in October last year.

This saw the FDA take the unprecedented step of recognising the inspectorates of eight EU countries – Austria, Croatia, France, Italy, Malta, Spain, Sweden, and the United Kingdom – as having ‘the capability, capacity and procedures in place to carry out good manufacturing practice inspections at a level equivalent.’ The European Commission previously recognised the same of the FDA in June.

The European Medicines Agency bills the agreement as ‘a major milestone towards closer cooperation to improve the use of available resources to safeguard quality and safety of medicines.’ What the agreement effectively means that both parties can rely on the other to inspect pharma products in their respective territories without needing to check them themselves. This will allow for the more effective, more focused use of their resources and the reduction of administrative costs. It also allows for the greater sharing of information and greater assurances for the consumer on the quality of drugs.

What the agreement could also mean is increased scrutiny of products coming from India. The country’s pharmaceutical industry has come under fire in recent years after numerous instances of Indian companies failing quality tests, including checks by the FDA. This does not seem to be worrying the leaders of India’s generic industry, however.

Of benefit to Indian pharma?

DG Shah, secretary-general of the Indian Pharmaceutical Alliance, thinks more checks could benefit Indian pharma companies in the long run. It could clear backlogs of products waiting for approval by drug inspectors and also lead to further investment by regulatory agencies to upgrade facilities and train personnel. This has been seen in a number of pharma hotspots in India, such as Ahmedabad, Chandigarh, Goa and Hyderabad.

Increased numbers of inspections have additionally been linked with fewer manufacturing violations, suggesting increased scrutiny could lead to greater quality, benefiting consumers of the drugs both in India and abroad. Greater quality will also improve the reputation of Indian pharma worldwide, building on its previous successes and potentially presenting the opportunity to broaden its market.