You are here: Home / Access to Healthcare / Drug producers to be required to display manufacturing cost

In a move that is already causing distress amongst pharmaceutical companies, India’s Health Ministry is putting in motion requirements for all drugs to display the manufacturing costs on the label. 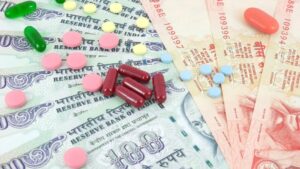 This would bring not only the costs of manufacture, but the assumed profit margins of the medication into the public domain. The Central Drugs Standard Control Organisation (CDSCO)  recommended to the Health Ministry that Section 96 of the Drugs and Cosmetics Rules be changed to make the information mandatory on drug packaging. This move is aimed towards bringing greater transparency to healthcare profits.

There is an additional request that any drugs being imported place a “landed price” on the packaging. Price capping of cardiac stents along with various other medical devices has already caused tension between India and many international pharmaceutical companies. A policy such as this may cause further conflict and potentially distance India from the international pharmaceutical market.

The proposed policy change has seen widespread criticism amongst Indian pharmaceutical groups. Some believe that the policy has the potential to hugely erode public trust in the healthcare system.

DG Shah, secretary general of the Indian Pharmaceutical Alliance comments that many will not understand why the retail price is higher “The layman, who does not understand the difference between the two [manufacturing price and retail price], would assume that the industry is cheating”. In comments to The Economic Times Shah dismisses the policy as “meaningless move by the government”.

There are many factors driving the final retail price above the manufacturing price. Transport of the drugs, marketing, and in the case of original brand name products a return must be made on the research investment. To not note these factors could lead to the new packaging laws giving an implication of profiteering at the expense of those requiring the medication to those who are unaware of these factors.

Contract manufacturing is common in India, and in these cases the manufacturing costs are often going to be significantly lower than the final retail price. Some have said such a move could spell the “death of the industry” as India will be seen as inhospitable to outside investors wishing to manufacture or import medicines into India.

Officials claim the move will increase public awareness of the cost of medicines, as well as control profits and trade margins. However, any benefit to the consumer may be offset by the potential for yet more pharmaceutical companies withdrawing products due to lack of profitability, as was the case with Abbott.