You are here: Home / Featured / US intervention in price capping

The US seems intent on stopping  the Modi administration extending price caps on medical device.

The US has outright requested the Indian government to not extend the caps said a US trade official in discussions with Reuters. There has also been a request that, should companies based in the US no longer wish to provide their devices in India, they be allowed to withdraw from the market. 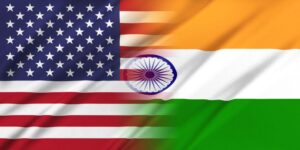 The move to cap the profit margins of medical devices such as cardiac stents, while well-intentioned, was never going to be welcomed by international companies. As noted in a previous Health Issues India article, some manufacturers have seen profit margins dip by 85 percent because of the cap.

Fears that price caps will lead to a mass exodus of manufacturers from India may be overblown. Retail figures showed less than impressive results for the two Abbott stents on a global level, which may be the primary reason for the withdrawal. Nonetheless, the incident has been marked as a potential precedent for further withdrawals from the market.

US firms play a significant role in India’s medical technology sector, which encompasses a $5 billion USD section of the Indian economy. Abbott, Boston Scientific Corp and Johnson & Johnson are a few of the key stakeholders in the market. Each of these companies has expressed disapproval with the move, claiming it reduces the capacity for innovation, profits, and therefore future investment. All three announced earlier this year they would “discuss with Indian officials the future of their relationship with the country.”

Many individuals in the medical community within India support the government’s decision, despite the risk of distancing foreign investors. “The maximum retail price of most medical devices is sometimes even 2,000% more than the actual price,” says Dr G.S. Grewal, former president of the Punjab Medical Council. “An unsuspecting patient has no way out but to pay this”

A pro-public healthcare stance seems to be a common mindset. Tanoubi Ngangom, an associate fellow for healthcare at the New Delhi-based Observer Research Foundation says the government should not cave in to diplomatic pressure, ensuring it places affordable access to public health first.

While increased access to stents for the poorest in India is a goal worth striving for, continuing the price capping may be a double edged sword because it may hinder India’s growing relationship with the United States.

A US delegation has recently visited India. The results of the meetings were overwhelmingly positive. Diplomats have since hailed the two county’s growing relationship as standing at a high point compared to previous years.

By opting to defy diplomatic pressure from the US, India can ensure cheaper access to vital heart surgery for its poorest. By following US requests, India may benefit from closer ties through increased investment and trade deals, potentially meaning more money for the healthcare system.