At the time, it seemed as if there was one, easy-to-identify cause that could be addressed through changed policies. Now, things look more complicated.

The reasons behind the deaths were manifold. Medical negligence played a key role. The same surgeon – Dr R.K. Gupta – performed 83 laparoscopic tubectomies (a procedure in which the fallopian tubes are tied) in as little as two hours and 35 minutes. Guidelines state only thirty such operations should be performed by the same surgeon in a day. 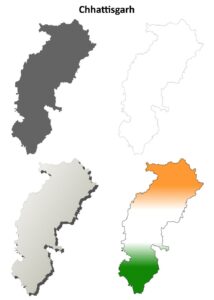 To make matters worse, the operations were performed in unhygienic conditions with unsafe equipment. Doctors did not change needles or even gloves between surgeries. This led to some of the patients contracting sepsis.

As well as this, substandard drugs with traces of chemical compounds used in rat poison were allegedly used. The directors of Kavita Pharma Company and Mahawar Pharmaceutical – the companies who provided the faulty drugs – were arrested. So was Dr Gupta, who insisted he was being scapegoated and culpability laid with the state.

Sterilisation – especially of women – has been actively pushed in some parts of India as a means of family planning or even population control for decades. As such, the deaths in Chhattisgarh were far from unprecedented. Between 2009 and 2012 alone, botched sterilisation surgeries killed 707 women in India.

Curtailing the growth of its population is a pursuit India has engaged in since the 1950s. The government of then-Prime Minister Jawaharlal Nehru enacted family planning programmes with the goal of achieving zero population growth by the outset of the 21st century.

To be clear, population control is an understandable goal for India to have. India is currently the second most populous nation on Earth – and is anticipated by the United Nations to overtake China and become the most populous within seven years.

“In the end, women aren’t making the decision”

However, efforts to curb population growth in India rarely take the form of strengthening family planning programmes with increased access to contraceptives. Rather, undue emphasis has been placed on sterilisation, especially of women. The Guardian reports rates of male sterilisation have fallen from one percent to 0.3 percent in the last decade.

The promotion of sterilisation is often at the expense of other contraceptive methods such as condoms, birth control pills and hormonal injections. This is to the extent that 85 percent of the country’s family planning budget is spent on promoting and carrying out female sterilisation. This skewed focus means, in terms of contraception and fertility, women have little room for choice.

“In the end women are not making the decision, it’s the promoter who takes them for sterilisation,” says Poonam Muttreja of the Population Foundation of India (PFI). “The low uptake of a wide range of contraceptives shows that women don’t have access to family planning, that they don’t have agency, and that they don’t have control of their fertility.”

India’s emphasis on sterilisation has sometimes taken it to dark places. Perhaps the most prominent example of this is the Emergency, a 21-month period from 1975 to 1977 when then-Prime Minister Indira Gandhi ruled by decree.

In this time, a programme of mass forced sterilisation was carried out, helmed by the Prime Minister’s son Sanjay Gandhi. The programme saw millions – mostly from religious minorities and the lower castes – sterilised across India. The sterilisations were done ‘in assembly-line fashion, often in great haste and in unhygienic conditions.’

A number of parallels can be drawn between the tragedy in Chhattisgarh and the sterilisation programmes during the Emergency. In the aftermath of the Chhattisgarh deaths, allegations were made by victims’ families that women had been ‘herded like cattle’ into the camps. During the Emergency, it was reported that many of those sterilised were forcibly rounded up.

The village of Uttawar in Haryana, for example, saw all males over fifteen years ‘shaken from their sleep by loudspeakers’ by police in the early hours of the morning. After being ‘sorted into eligible cases’, they would be taken to sterilisation camps to undergo vasectomies.

During the Emergency, similar incentives were offered, in the form of ‘land, housing, and money or loans.’ Financial blackmail was also resorted to in many cases, with some states withholding benefits, pay for public sector workers and even irrigation water if sterilisation targets were not met.

The draconian sterilisation-related policies of the Emergency were fortunately not found to the same harsh extent. However, financial incentives were still offered. Coercion by health workers was effectively employed to push women into procedures. Sterilisation targets remain “in all but name”, inspiring doctors such as R. K. Gupta to perform operations at a recklessly expedited rate.

Gupta was tried for his role in the sterilisation camp deaths, but acquitted on what The Hindu called “technical grounds.” It is noted he continues to practise medicine in a private clinic.

It is worth noting that the same Chhattisgarh state government which condemned Gupta after the tragedy had earlier honoured him for the record number of sterilisation operations he had performed during his career.

Will India move past sterilisation after Chhattisgarh?

In the three years since the Chhattisgarh tragedy, India seems to be taking steps towards rectifying the situation.

The ruling contains further directives for “the implementation of established legal, medical and technical standards for sterilisation.” It also includes directives “to ensure proper monitoring of the programme, investigate sterilisation failure, complications or death, and increase the compensation amount in these cases.”

The ruling, the result of petitions filed by activists, was roundly celebrated. It remains to be seen if the ruling will be honoured and lead to India making a decisive break from what the BBC calls its ‘dark history of sterilisation.’ As Chhattisgarh shows, women’s lives depend upon it.