You are here: Home / Featured / Pilots to inform of communicable disease on flight

Pilots should be required to inform the air traffic controller of any passengers they suspect have a communicable disease, says the Directorate General of Civil Aviation (DGCA).

An operations circular distributed by the DGCA has instructed that any passenger displaying obvious symptoms should be reported. These symptoms include fever, unwell appearance, persistent coughing, impaired breathing, persistent diarrhoea, persistent vomiting, skin rash and bruising or bleeding. This is especially important if the passenger does not have a previous history of disease or there is notable confusion of recent onset of symptoms.

The intention of the policy is to address transmission rates of disease due to international travel. The policy applies to both commercial and private airlines and will be implemented for both international and domestic flights. Also noted is that the pilot will be required to adhere to the health-related legal requirements of both the country of departure and arrival.

The policy allows for rapid healthcare response upon arrival of the aircraft at the destination. The sharing of any disease-related information with air traffic control before arrival also allows for public health responses to be put in place in case of the presence of any disease that may be a large scale public health concern due to rapid transmission.

This is especially vital in transport methods such as planes due to the close confinement. These conditions mean diseases such as influenza — spread by coughing and sneezing — may rapidly infect others on-board a flight.

Tighter regulations in regards to communicable disease of airline passengers could not come at a better time. The Indian domestic aviation market has seen high growth rates, in the double figures, for the last two years. This comes at a time when outbreaks of communicable diseases are also common. This is especially true in the summer months due to an early mosquito breeding season bringing high rates of diseases such as dengue and malaria. 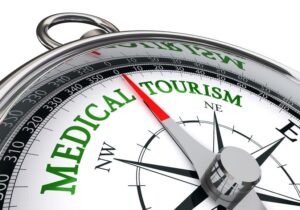 There is also a substantial amount of growth in the medical tourism sector. The industry has seen medical tourists travelling to India to take advantage of cost effective healthcare from countries across the globe. This could expose many people to pathogens they would not encounter in their home countries. After contracting an illness in India the disease could then be further spread after their return to their own country, risking outbreaks of diseases common in India worldwide.

Though the policy does not mention screening patients, the reporting of obvious disease symptoms such as fevers is a logic step to preventing the spread of disease. This is ever more important at a time when international travel via airlines is becoming increasingly common.