You are here: Home / Featured / India ranking amongst highest for lung disease 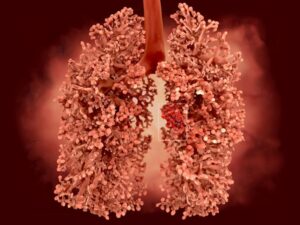 The two most common lung diseases – asthma and chronic obstructive pulmonary disease (COPD) – were responsible for 3.6 million deaths in 2015. This is according to a recent study published in The Lancet Respiratory Medicine.

COPD claimed the lives of 3.2 million people worldwide. Asthma was also responsible for claiming the lives of a further 400,000 people. The study notes that India ranked among the most highly affected countries for COPD. Alongside India were Papau New Guinea, Lesotho and Nepal. India was not however, ranked amongst the highest countries for asthma, the most affected countries being Afghanistan, Central African Republic, Fiji, Kiribati, Lesotho, Papua New Guinea and Swaziland.

COPD is a name comprising several different lung conditions, including emphysema, bronchitis, refractory (non-reversible) asthma, and some forms of bronchiectasis. As a collective, the group of conditions is characterised by symptoms revolving around respiratory issues, such as a shortness of breath.

Breathlessness alone does not seem a threatening symptom. COPD and asthma are often undiagnosed due to a perceived lack of severity. This may be part of the reason the diseases are often left unchecked. To assume the diseases are minor is often a grave mistake as a lack of circulating oxygen, particularly combined with other conditions, can prove to be deadly.

The diseases are manageable with proper treatment, and it is no coincidence that areas of high prevalence of of deaths caused by COPD and asthma are in areas in which access to treatment is often limited. In India for example, lifelong treatment to manage a medical condition may force many into poverty due to out of pocket expenditure. Many are already impoverished and so cannot afford medicines.

“Alternative medicine” is common in India. A supposed cure for asthma is a yellow herbal paste eaten within a raw fish. This “treatment”, being sold by two brothers in Hyderabad, is marketed by them as a “100 percent cure” for asthma. This claim has been rubbished by doctors who view the alternative treatment as a marketing scam.

Some have opted to give the alternative treatment a chance, such as Dr Veena Shatrugna, former deputy director of the National Institute of Nutrition. Shatrugna says modern medicine has not yet found a cure to asthma. Therefore, dismissing this therapy is “pompous and arrogant” of the scientific community that dismisses it. Due to the fish and herbal paste being marketed as an absolute cure, however, it can be both misleading and dangerous, as it may dissuade people from taking actual medical treatments. No scientific evidence has been produced to give evidence to the medical benefits of the treatment.

Though no cure is currently available, factors that exacerbate asthma, as well as cause diseases such as emphysema are widely known. These causes are in abundance in India: smoking, pollution, pollen in rural areas (where treatment is often limited) as well as the smoke resulting from cooking indoors using a cookstove. Air pollution in India is a severe problem that will take many years to address; smoking however could potentially be cut down through awareness campaigns.

India has made strides in boosting awareness of the dangers of smoking among the public, though these efforts are often frustrated by the efforts of India’s powerful tobacco lobby. Nevertheless, smoking rates are on the decline, especially among young people in the country. As the leading cause of lung disease, a reduction in the proportion of the population that smokes could drastically reduce cases of COPD in India.