You are here: Home / Access to Healthcare / Silicosis: Preventable with better workplace regulation? 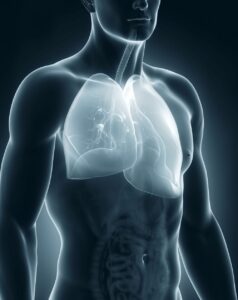 An estimated three to ten million workers across India are at risk of developing an untreatable – and potentially lethal – lung condition.

Silicosis, is a prominent risk to those in jobs involving stone, rocks, sand and clay. This puts at risk groups involved in work such as manufacturing and mining, and so disproportionately affects those working in manual labour jobs.

Silicosis is caused by respirable crystalline silica (RCS), found within stone and rocks and distributed into the air by processing or mining of the materials. Consistent exposure to RCS can cause fibrosis, this is developed when small particles are ingested into the lungs, causing scarring and hardening of lung tissue. This scarring is not reversible, and over time, as more and more lung tissue is damaged, lung function can become severely impaired. The condition can lead to an inability to perform simple functions due to breathlessness, and even lead to premature death through heart failure.

Rapid exposure to large volumes of RCS can cause acute silicosis. This condition is rare, as it involves the inhalation of a significant amount of silica, but it can be life threatening. Long term exposure to silica has also been implicated as a risk of developing lung cancer.

For miners and stone workers in India, this condition is far more common. The Madarangajodi village in Keonjhar district saw many of its men die due to the condition. Many of the men from the village worked at a unit that ground pyrophyllite into powder.  Without adequate equipment and safety protocols, inhalation of silica was unavoidable. The village was locally known as the “village of widows”.

The Mine Labourers Protection Campaign partnered with a number of Indian medical institutions, including the All India Institute of Medical Sciences (AIIMS), to arrange a conference to address the situation. Shyam Pingle of the Public Health Foundation of India said that in order to address the issue of occupational diseases, concerted action across different departments and within businesses would be needed.

The disease is often mistaken for tuberculosis, and so misdiagnosis is common.  This  has led to unnecessary treatment courses for tuberculosis being administered. In order to solve this issue, comprehensive histories of medical records and work environments would be needed to avoid misdiagnosis.

For those affected with the disease, many have no choice but to continue working as they are from poverty stricken backgrounds. Some may be unaware of what is causing their condition. Compensation has been paid to the families of those who died from silicosis on a number of occasions, as it is often the case that they have lost their primary bread winner. However, in order to permanently address the issue, more thoroughly enforced workplace regulations need to be put in place, particularly in high risk occupations such as mining and stone working.