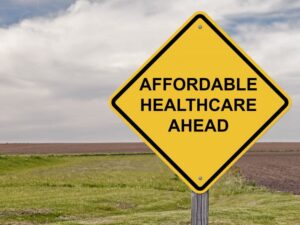 An ambitious universal healthcare scheme has been approved by the Karnataka state government. Rollout begins November 1, coinciding with the anniversary of the state’s foundation.

The Rs 869 crore (US$135.85 million) initiative is expected to provide healthcare at free or heavily subsidised levels to the entire state. It will combine seven pre-existing government-sponsored health initiatives, with a view towards “[eliminating] overlapping of existing multiple health schemes and duplication in funds release.” The state expects to make savings of Rs 153 crore (US$82 million) through combining the schemes in Arogya Bhagya (which means “fortunate family”).

“Treatment first and payment next”

Arogya Bhagya will operate under a principle of “treatment first and payment next”, according to Law and Parliamentary Affairs minister T. B. Jayachandra.

Explaining the initiative, Jayachandra says the populace will be split into two categories: A and B. The former is what Jayachandra calls the “priority category”, which covers around 1.05 crore (10 million) households. It will consist of “farmers, deprived households, labourers from the unorganised sector, pourakarmikas, all SC/ST people, members of cooperative societies, government employees, media persons and elected representatives.”

Category B will encompass the rest of the state’s population – estimated at around 30 lakh (3 million) households. Households in category A will be able to acquire a universal health card free of charge, using their Aadhaar number. Those in category B will be able to acquire a card with a co-payment of Rs 300 (if living in a rural area) or Rs 700 (if living in an urban area).

A health card enables the patient to access cashless medical care at the primary and emergency levels. This is available at government-run hospitals, medical colleges and private hospitals enlisted in the scheme.

There are also provisions in the scheme to provide secondary and tertiary care free of charge for category A participants. Those in category B will be able to have 30 percent of the costs reimbursed by the state government. Helplines, diagnostics, pharmaceuticals and referrals are also included in the Arogya Bhagya.

Private hospitals “in a fix”

Arogya Bhagya, whilst an ostensibly progressive initiative, has caused some controversy and concern.

The New Indian Express describes private hospitals as being “in a fix” over what it calls the scheme’s “lack of clarity.”  Dr Madan Gaikwad, president of the Private Hospitals and Nursing Homes Association, says “no meeting was called to inform us about the same nor was our consent sought.”

“There are still some details to be worked out,” Jayachandra concedes. As such, the government order for Arogya Bhagya has yet to be issued. Once it is, patients can register online. The health card will then be mailed to their registered address.