You are here: Home / Featured / Family Participation in healthcare to reduce child mortality

A set of guidelines hoping to reduce the rate of child mortality, particularly among babies with health conditions that make 24 hour care mandatory has recently been published by the government. The guidelines attempt to increase family participation through a partnership between healthcare providers and families in the provision of care to newborns. 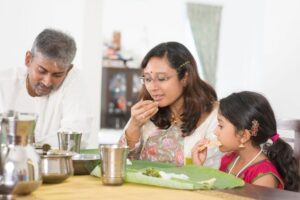 Under the National Health Mission, over 700 state of the art SNCU facilities have been established nationwide. These facilities provide round the clock care by dedicated, trained staff. The standardisation of these facilities, alongside an expansion to provide the service to more areas of the country could provide a valid route to cut down child mortality rates across the country.

The advice of healthcare experts was used in the creation of the FPC guidelines. These experts believe that the involvement of the parents in the care process of a newborn could further increase the chance of the child surviving. In addition to improving the survival chances of the child, the presence of the parents also provides for the psycho-social and developmental needs of the child.

India’s relatively high child mortality rate is in part due to inequalities in the healthcare system. India has huge levels of disparity in the level of treatment expected in rural environments compared to urban ones. Despite facilities and lower mortality rates expected in the cities, the rate will be increased due to deaths in rural environments in which healthcare facilities are poor, or even absent.

Standardisation of healthcare for children with life threatening conditions may be vital to reducing child mortality in the future. Dr Flavia Bustreo, Assistant Director General, family, Women’s and Children’s Health at the World Health Organization believes antibiotic resistance, which becoming increasingly prevalent,  may cause mortality rates to rise significantly in the future. As such, the FPC guidelines and an expansion of the SNCUs across India may well be a necessity to limit the impact that antibiotic resistance and other threats pose to child healthcare in the years to come.