You are here: Home / Access to Healthcare / UK shortage of doctors, is India the solution?

Britain’s ailing healthcare system has embarked on another effort to recruit large numbers of Indian professionals,  despite having promised to stop the practice. Many Indian doctors are heading to the UK to take on the many vacant position within the National Health Service (NHS) 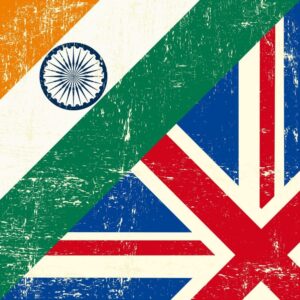 While this provides ample opportunity for the Indian doctors seeking job prospects abroad, it may hinder India’s attempts at providing affordable healthcare uniformly across the country. Currently in India, around 80 percent of doctors are located in urban areas, catering to only 28 percent of the population. This has caused a huge degree of disparity in the quality of healthcare in rural areas compared to urban environments due to staff shortages.

The UK NHS has long suffered from staffing shortages; since the country voted to leave the European Union in June 2016, the situation has become significantly worse. Many European workers in UK hospitals have left their positions, this falls alongside a reduction in applications from EU nationals, leaving more than 86,000 positions unfilled.

Unfilled vacancies for the NHS in England have risen by ten percent since the vote to leave the EU. This has embroiled some London hospitals in a bidding war for staff, bringing up salaries considerably. Northwick Park emergency medicine department, the largest A&E department in London, has attempted to recruit doctors directly from India to ease costs.

Miriam Harris, the clinical lead of the Northwick Park emergency medicine department, proposed an alternative means of providing an incentive to work at the hospital: “Rather than offering large salaries, which is what we tried to do before and got caught up in a bidding war with all other hospitals in London, we were offering to train people and invest in them and their future.”

This provides an opportunity for Indian doctors to work in the UK and receive more advanced training, which, should they return to India at a later date, would also be beneficial in Indian hospitals. Recruitment drives in India have been held from a number of British hospitals, with another hospital in Lancashire recruiting 18 new Indian doctors.

Indian doctors in the UK are by no means a new phenomenon. Aside from recruitment from within India, many Indians opt to undertake medical school within the UK, some taking jobs within Britain immediately after graduating. Recently, headlines were made when an Indian medical student became the youngest doctor in the UK. Arpan Doshi was recognised as the youngest medical graduate after completing a medical degree at the University of Sheffield on Monday at the age of 21 years and after just 334 days.

As well as filling the gaps in British NHS jobs, India has seen a surge in medical tourists from across the globe in recent years. The medical tourism market in India has reportedly grown round 22 to 25 percent since 2014; this is thought to be in partly due to the increasing costs of medical procedures in developed nations.

Britain is no exception to the rising costs of medical treatments, with the future uncertainty caused by Brexit the costs of treatment may rise further, straining the NHS more so than its current state. This may mean in the future, India and the UK may opt to plug any loopholes in NHS treatments by sending UK patients to India to take advantage of cheaper treatments, as opposed to recruiting Indian doctors to UK hospitals.