You are here: Home / Featured / $6 million medical device 3D printing facility to be built in India

A $6 million 3D printing facility for medical devices is soon to be built in Andhra Pradesh.

Think3D, an Indian subsidiary of Singapore based Think3D Labs Pte Ltd. has announced plans for the site to be established in Vishakhapatnam. Its construction will be in collaboration with Andhra Pradesh Medtech Zone (APTZ) a specially formed initiative of the Indian government alongside the Andhra Pradesh state government for the purpose of promoting the manufacturing of medical devices within India. 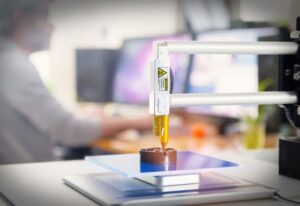 “Currently the land development works are going on,” says the think3D co-founder Raja Sekhar Upputuri. “Our facility and a few manufacturing companies should be open by October 2018. For full fledged activity in the park, it would easily take another 3-4 years.”

The 3D printing facility will be capable of producing a range of medical devices, or components of larger scale medical machines. Examples given were MRI and ECG components, ultrasound machines as well as smaller scale components such as syringes. There is also plans to add a testing facility to the factory to provide quality control on components on site.

The 3D printing market grew rapidly in western nations. In India however the uptake of what was being deemed a major breakthrough in technology was slow. The establishment of facilities such as this show that India is now seizing the opportunity to take a position as a major manufacturer of 3D goods, this would be of particular benefit to medical products.

Examples are rife of the benefits of 3D printing technology to the medical community. Not only does it represent a boost in revenue to the Indian economy, but also a saving to the Indian consumer.

A recent example of the reduced cost to Indian patients is that of “skull expansion” surgery. This is to remedy a condition known as craniosynostosis, in which bones in the skull fuse together. To remedy this surgery is employed to separate the bones, following which a helmet is fitted to guide bone growth. “Normally, such helmets are made in the US. They cost about Rs 1.5-2 lakh and it takes 2-3 weeks for them to reach you,” says Dr Derick Mendonca, consultant plastic surgeon. In one case in India though, a 3D custom fit helmet was provided by 3D printing startup Osteo3D for Rs 20,000 within 3 to 4 days.

3D printing may be a so far widely untapped resource for the Indian medical community. Increasingly prevalent are news reports such as that of Osteo3D that illustrate the highly efficient process of producing medical devices. With instances of large scale, government funded factories being established, 3D printing may bring India to the forefront of medical device production on a global level.