One hundred and twenty-six viral fever related deaths have occurred in the first six months of the year in Kerala alone. The primary concern about  this  abnormally high numbers of deaths is that many are caused by swine flu (H1N1). 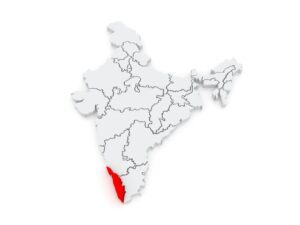 Other communicable diseases have also been prevalent in the state over the past months. Data from the Health Department revealed 14 lakh (1.4 million) patients have been affected by  communicable conditions this year.

From January to the beginning of June, there have been around 800 cases of swine flu, resulting in 53 deaths. There were also 7300 cases of dengue fever, with 13 people dying from the condition. Malaria and chikungunya are also currently prevalent within the state.

Kerala has prided itself on its provision of basic healthcare needs. Despite this, the death toll this year is at a record high. Implicated causes of the spike in infectious disease have ranged from the lack of cleanliness in the state to the increase in mosquito prevalence due to the rubber plantations providing ample breeding grounds.

The state government has been the focus of criticism regarding the cleanliness of the state, particularly in urban environments. Despite the announcement of the three day “clean Kerala” campaign to attempt to rid the streets of waste and refuse, many are still displeased.

The News Minute takes a critical stance on the campaign, seeing it as a last minute reaction to the high death count that is too little too late. Health professionals have noted that these campaigns should occur frequently, at the very least before the monsoon season. This is due to the refuse in cities allowing both for mosquito breeding, as well as causing the contamination of both food and water supplies.

Poor sanitation has contributed this year to over 2 lakh cases of hepatitis A and B. Many viruses such as these thrive in areas of poor hygiene, and can spread from areas where refuse and litter is dumped to water supplies, causing large scale outbreaks.

The Indian Medical Association has referred to the deaths as a ‘man-made disaster’ that would have been entirely preventable had the state government acted on time. Aside from the potential for cleaning up the state before monsoon season, they note that the state has ample medical supplies to deal with the situation. Dr N Sulfi, Secretary of IMA told FirstPost

“When the government knows that fever and vector-borne diseases will inevitably come with rain, it is difficult for us to believe that no one moved a finger till the month of May… Unless we start preparing as early as February, we cannot do anything to salvage the situation,’’

Too little too later seems to be the recurring theme across the media and medical community alike. For Kerala to dispel its viral epidemic hospitals need to be streamlined to deal with the influx of patients and sanitary conditions need to be improved well before they reach proportions that aid in the spread of viral infection.