India has over 1.3 billion people, nearly 20 percent of the world’s population. Despite this, in genetic databases only 0.2 percent of genomes sequenced are Indian. 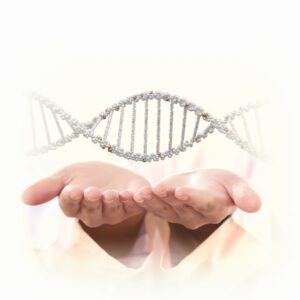 Genome sequencing databanks have been dominated by European genes since the concept came to fruition. In 2009, 96 percent of genomes sequenced were of European ancestry. As of 2017, the figure sits at 81 percent.

This previous focus on Europeans is a massive limitation to the study of genomics. The more genetically diverse the subjects of the study, the better genetic databanks can contrast the genes to identify genetic risks specific to certain populations. This allows for targeted healthcare initiatives to take place where they are most needed across the globe.

On a more personal level, genome based healthcare could hugely impact an individual’s treatment experience. If a person’s genome has been mapped, her  risk factor for certain cancers or heart disease is better  understood. Lifestyle choices as well as medication could be adjusted before the condition develops to hugely reduce the risk.

Techniques such as CRISPR/cas9 — essentially a genetic editing tool — could be  future therapies. This would, in theory, allow for the detection of a disease or known genetic risk factor using genome mapping. Using CRISPR gene editing techniques, the faulty gene could be removed and replaced with a healthy copy before any negative effects have been caused.

Genetic manipulation  opens up the possibility for a large scale reduction in disease burden on a global scale. However there are dangers. Firstly, the potential for eugenics to take hold, bringing the possibility of “designer babies” is morally questionable. Secondly, procedures are likely to be expensive, making it initially available to the very rich. This would cause an unprecedented scale of healthcare division between the rich and poor.

There is increasing interest in India in projects and initiatives in genomics, which may make the process a more commonly used diagnostics tool in years to come. The GenomeAsia 100k project for example has allocated 30,000 spots for Indian genomes to add to their records for comparison.

This manner of genetic study has been of huge medical benefit in the past. An example of this are studies linking genes found commonly in the Indian population that cause a predisposition to type II diabetes.

Non-communicable diseases (NCDs) are on the rise in India. This makes  the country  a prime candidate for the genomic study of the risks associated with NCDs, and the complex nature of the interactions of genes and environmental factors that cause them.

Companies such as GlobalGeneCorp are expressing interest in both India and the South East Asia region. If genome mapping becomes a more common phenomenon in India, more could potentially be understood of risk factors more prevalent to the area. Given time and a more cost effective method of genome mapping, personalised healthcare may become widely available.