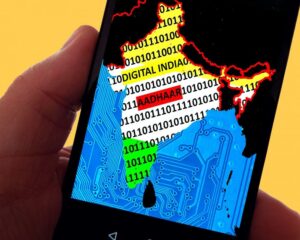 Tuberculosis (TB) patients in India can receive financial help – if they have an Aadhaar number.

TB patients will have to produce an Aadhaar number if they are to access Nikshay, a web-based application, according to a notification sent by the Ministry of Health and Family Welfare on June 16. Nikshay includes “conditional cash assistance…to the eligible TB patients”, as well as providers of TB care and treatment. One of these conditions is Aadhaar.

The precise wording of the notification is

Until the patient receives their Aadhaar card, they can receive the benefits under the scheme via an “Aadhaar enrolment ID slip, a copy of the request made for Aadhaar enrolment or other government documents such as voter identity card, PAN card, bank passbook, ration card among others.”

Aadhaar – launched in 2009 – is a twelve-digit random number given to any resident of India who wishes to enrol in the programme. The enrolment process (which is free) involves submitting biometric data – a facial photograph, ten fingerprints, and two iris scans – as well as personal information such as name, address, date of birth, and gender.

Data submitted is collected by the Unique Identification Authority of India (UIDAI), a department of the Ministry of Electronics and Information Technology established last year. UIDAI currently projects “saturation of Aadhaar amongst adults is >99%” – with almost 1.2 billion Indians enrolled in the programme. This makes Aadhaar the largest biometric information system in the world – and, according to World Bank economist Paul Romer, the “most sophisticated.”

Sophistication notwithstanding, Aadhaar continues to generate significant controversy over privacy concerns. This is to the extent that the Supreme Court has previously directed the government on multiple occasions to emphasise that enrolment on the Aadhaar scheme is not compulsory. It has also ruled that government benefits should not contingent upon the claimant possessing an Aadhaar card, as it is argued that such a requirement would constitute an infringement of privacy.

This is why TB patients requiring an Aadhaar card to access benefits under Nikshay is so controversial. The Wire reports the government notification was the first many had heard of cash assistance being available for TB patients, many of whom have gone without for years. The Wire quotes one TB worker as saying

“We have ourselves been pooling in money for several patients over the last many years. We see people struggling without money, to travel to Delhi or Guwhati, as there are only five centres in the country providing drugs for multidrug resistant patients….And through all these years, we were never informed that the government is handing out cash assistance. Now that they are, they are asking for Aadhaar cards, how are patients without even homes supposed to have Aadhaar cards?”

The Daily O called the notification “despicable” and accused the Aadhaar scheme of meaning that enrollees “are being given preferential treatment at hospitals.” It said the scheme would be a more of a barrier to accessing treatment, than a universalising gesture, calling it “the kind of digital hurdle erected to discourage many from availing the benefits of the [National Tuberculosis Control Programme], and realise its one-time noble goals.” It notes “TB mostly affects those living in abject poverty…the migrant workers without an address, no rent agreements, and documents that are a must to obtain Aadhaar.”

The Ministry for Health and Family Welfare is defending the initiative, however. It says

“the use of Aadhaar as identity document for delivery of services or benefits or subsidies simplifies the government delivery processes, brings in transparency and efficiency and enables beneficiaries to get their entitlement directly in a convenient and seamless manner and Aadhaar obviates the need for producing multiple documents to prove one’s identity.”

It is worth noting that the use of conventional documentation rather than Aadhaar would similarly exclude many impoverished TB patients, so there may be some truth  to that element of the government’s claim.

However, some healthcare providers argue the registration of patients under Aadhaar is an unnecessary measure when patients already possess documents to prove they are receiving treatment for TB – described by one HCW in Pune as “their important green ART book.”

On the other hand, the fact Aadhaar registration is so high across India potentially means accessing TB funds will not be a problem for many patients anyway. Questions continue to remain about infringement of privacy, however – and with the Supreme Court still reviewing constitutional questions surrounding the legality of Aadhaar, the matter is far from closed.