You are here: Home / Featured / Zika virus arrives in India

Are 2.6 billion people now at risk of the Zika virus? A Lancet study published last year claims this to be the case. Recent news of the arrival of the Zika virus in India elevates this claim to more than just speculation. Through disease projection models, this risk is now a very real prospect and could pose a major public health challenge for the world’s second largest population. 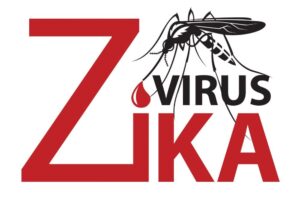 The World Health Organization (WHO) has made note of a statement issued by the Ministry of Health and Family Welfare on May 15th that three cases of people infected with the Zika virus were detected in a hospital in Ahmedabad, Gujarat.

The presence of the virus was detected during routine blood tests. Those affected were listed as a 64 year old man, a 34 year old new mother and a 22 year old pregnant woman. All three recovered, the hospital says.

Dr Soumya Swaminathan, director-general of the Indian Council of Medical Research (ICMR), told the Hindustan Times “We were concerned about the babies. Luckily, both mothers and the babies are fine.” She added “the third case was of a man with a fever, who tested negative for both dengue and chikungunya, but positive for Zika.”

The cases did not occur recently, only reaching the news following the May 15th announcement. The cases occurred as far back as November last year, with another in January, and the final case happening in February this year. No further cases have been detected since then.

None of those infected had travelled abroad, says Dr Swaminathan, leaving the only conclusion to be that they acquired the infection locally. Though Swaminathan claims there is no need to worry, the implication is that these people either acquired the disease through human to human transmission, or through a mosquito vector.

It is this that presents several worrying prospects. Either other people in the communities of those infected also have the virus but have not been detected as they have not had blood tests, as the disease is typically asymptomatic and can be spread through sexual contact. Or that they obtained the infection through contaminated blood transfusions.

The final possibility is that Zika already has a silent stronghold in India. The Lancet study notes cite 1.2 billion Indians as living “in areas…where the presence of competent mosquito vectors and suitable climatic conditions could support local transmission of the Zika virus.” The virus could already have been taken up by native populations of the aedes aegypti  mosquito and spread this way. Following this logic, a larger scale outbreak of the disease is a likely, and worrying, possibility.

This is of particular concern, both in India and in the rest of the world, with the disease being asymptomatic or showing mild symptoms it could remain undiagnosed in a number of people until the more severe symptoms become apparent. An infection during pregnancy can cause microcephaly in the child. Microcephaly is a brain defect that prevents the proper formation of the brain during pregnancy, leaving the child severely mentally impaired.

Though currently only three cases have been reported in India, the length of time it took for this to become public knowledge leaves questions unanswered regarding the future of the Zika virus in India. With the source of the virus in Ahmedabad not mentioned, the claims that there is nothing to worry about will do little to alleviate concern.