Medical tourists from Pakistan spend the highest average amount per patient when visiting India for medical services. The data comes from a first of its kind survey on export of health services performed by the Directorate General of Commercial Intelligence and Statistics, under the commerce ministry. 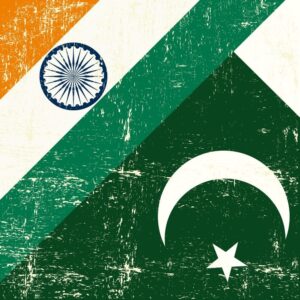 The findings of the survey compare a number of countries, with results per patient as follows

These data indicate a huge profit margin from Pakistani patients compared to other nations, though it is worth considering that there may be reasons that account for this wide margin that separates Pakistan from other countries seeking medical aid in India.

To understand the potential benefit to the Indian medical tourism industry that Pakistan could bring, medical visas are highly important. In 2015-2016 the number of medical visas issued to Pakistani patients was 1921, compared to 58,360 visas issued to patients from Bangladesh. Total profits from each nation were $6 million USD and $343 million respectively.

This would indicate one of two things; either Pakistani patients simply spend more money on medical services while in India compared to other nations, or visas are only being approved for complex or emergency medical services. This seems to be the case, with reports from 2015 indicating 70 percent of patients from Pakistan arrive in India seeking liver transplants. It can be assumed then that the majority of patients approved for visas are in India for significantly more expensive surgeries than the average patient from Bangladesh.

This would indicate that the figure of $2,906 USD cannot be extrapolated to potential future patients, as relaxed visa administration to Pakistan would mean patients seeking treatment for less severe conditions would also visit India.

However, the relaxing of medical visas issued to Pakistan — political tension aside — could be mutually beneficial on both sides of the border. As mentioned previously on Health Issues India many countries, in particular a number of African nations, have developed mutually beneficial agreements in which India provides medical services, often much needed in those nations, and India reaps the financial reward.

Pakistan reportedly has a low success rate for liver transplants. This may be why so many choose to cross the border into India to undergo the procedure there. Many countries’ citizens have flocked to India to benefit from its often far more cost-efficient medical services compared to their own country; some travel there to take advantage of facilities perhaps not available in their home country.