You are here: Home / Featured / Blood spilled, a waste of donations

India has wasted 2.8 million (28 lakh) units of blood over the last five years. 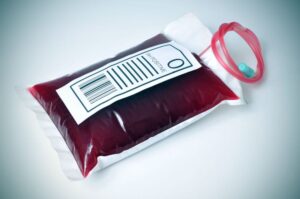 This is despite an annual shortfall of three million (30 lakh) units and the grim reality that India lacks the necessary amount of blood to provide for the quotas required by hospitals.  With this in mind, wastage of what amounts to around 600,000 (six lakh) litres of blood becomes even more difficult to justify.

The demand for an adequate supply of blood, and the dangers of lacking the necessary amounts for transfusion, encompasses a number of diseases and conditions. Many going through chemotherapy may require blood donations. Sickle cell disease – particularly prevalent among tribal populations in rural India – may also cause a patient to require regular blood donations. A lack of available blood may even contribute to a high maternal mortality rate due to blood transfusions often being used to compensate for blood lost during the birth.

There are a number of potential reasons that have contributed to this level of waste over the last five years. Lack of communications between blood donation camps, blood banks and the hospitals seems foremost amongst these. It was revealed in 2016 that many districts were lacking blood banks, this meant that donations of blood in camps were discarded.

Officials in Maharashtra suggest some of the wastage may be caused by an emergency policy that requires blood to be kept in storage containers within a hospital for short notice usage. This results in blood being stored in less than optimal conditions, worsening the already short shelf life of some of the blood’s components.

Donated blood can be separated into several components: platelets, plasma and red blood cells. Each has an individual shelf life and storage method. Platelets have the shortest shelf life, they are stored at room temperature in agitators for up to five days. Red blood cells are stored in refrigerators at 6ºC for up to 42 days. Plasma lasts considerably longer, it is frozen and stored in freezers for up to one year.

The states that discarded the most blood were Maharashtra, Uttar Pradesh, Karnataka and Tamil Nadu. These states were responsible not just for discarding blood, but also extracted blood plasma, despite its shelf life of one year. Around 50 percent of the wasted units were blood plasma.

The implication of the wastage of blood plasma, despite its significantly longer shelf life, is that it is sitting in freezers in hospitals and blood banks within regions that do not have a huge demand for it. If India has an annual shortage of blood donations despite plasma sitting on shelves over a year without being used, it is clear the blood is not being distributed efficiently.

Crusaders for safe blood have blamed a lack of a robust distribution network for the problem. They claim that enough blood is acquired during donation drives, but without cooperation between blood banks and hospitals waste is inevitable.

Efficiency of communication, combined with regular donations instead of mass donations of large amounts may be key to solving the shortage. Dr Zarine Bharucha of the Indian Red Cross Society points out that when only 500 units are required, “we have seen and heard of camps where 1,000 to 3,000 units are collected… Where is the place to store so much blood?”. This excess leads to a waste of blood that may be desperately needed elsewhere.